US investigators have determined that a McDonnell-Douglas DC-9 freighter depressurised after sustaining serious damage to a bulkhead from unsecured cargo.

The Everts Air Alaska aircraft (N935CE) had departed the Alaskan airport of Bethel on 23 December 2017. 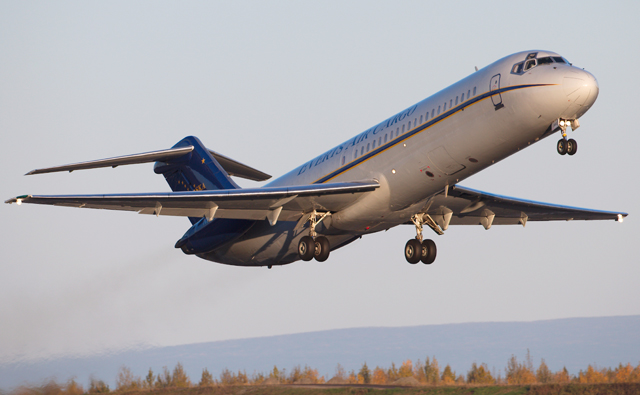 US National Transportation Safety Board investigators found that a pallet jack – a small trolley designed to lift and move pallets – had moved during flight, striking the aft pressure bulkhead.

The jack had come loose because a tie-down fastener had failed, says the NTSB in conclusions released on 23 August.

It states that the aircraft suffered "substantial" damage during the event, and depressurised, but that it managed to return safely to Bethel.

"Inspection revealed a tie-down fastener for the pallet jack had pulled out," the NTSB adds. None of the three occupants – two pilots and a cargo handler – was injured.

While the NTSB does not give the year of manufacture for the jet, Cirium fleets data shows the DC-9-30 was originally delivered to Scandinavia's SAS in 1969 and subsequently operated for carriers including ABX Air.