Several of these relate directly to the potential threat to civil aircraft, both from misidentification or loss of separation along neutral airspace corridors along which higher volumes of traffic are travelling owing to territorial restrictions.

It says satellite navigation might be disrupted and there is a higher risk of cyberattacks associated with the conflict, while civil airports might also be used by military traffic. 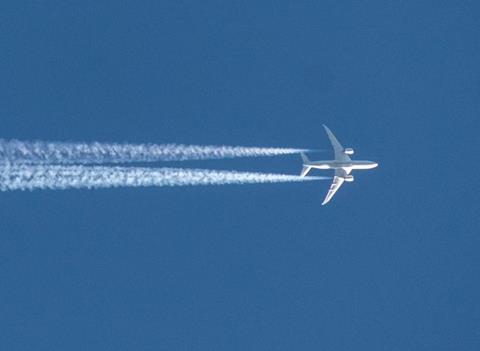 The continued use of aircraft in Russia from which airworthiness certificates, as well as the normal channels of maintenance support, have been withdrawn creates uncertainty over the safety of the fleet.

“This may lead to parts being cannibalised, a non-compliance with airworthiness directives, and a non-traceable aircraft maintenance history,” says EASA.

Skills degradation, already a worry owing to crew inactivity during the pandemic, remains a concern because the conflict is not only prolonging traffic recovery but creating a more complex environment for returning personnel.

Alongside the disruption and route adjustments from military operations – including the risks associated with non-standard traffic such as unmanned aerial vehicles or inadvertent flight through prohibited airspace – the problem of congestion gives rise to potential wake turbulence incidents or phraseology issues.

Longer routes resulting from airspace restrictions, particularly the closure of Russian airspace to transits, present a higher risk of fatigue. Crews also have to become familiar with new airports or routes.

EASA has even considered that high-latitude and polar diversionary routes around Russia could raise crews’ exposure to cosmic radiation.

To identify the safety issues generated by the conflict, EASA has consulted individual national regulators as well as the industry.

Due to the specifics of the crisis, many safety issues are related to airspace management and air navigation service provision,” it says.

“Organisations, as well as the European Union and associated member states should evaluate the applicability of the listed safety issues to their own situation and, where applicable, consider [them] in their oversight activities.”