European regulators are to examine the degree to which a crucial safety concept, intended to avoid runway incursions, is being implemented at airports, in order to provide a clear basis for any potential legislative measures.

The concept is known as ‘triple one’ – for ‘one runway, one frequency, one language’ – and refers to the practice of having all communications for a specific runway conducted in a common language on one radio channel.

“While the ‘triple one’ concept is seen by many aviation stakeholders as a suitable means to further reduce incident of runway incursions, there is also a significant number of [airports] where the concept is not implemented,” says the European Union Aviation Safety Agency.

“This means that, in many European states and at many [airports], there is a reluctance to take the next step, and the presumed reasons for this are manifold.” 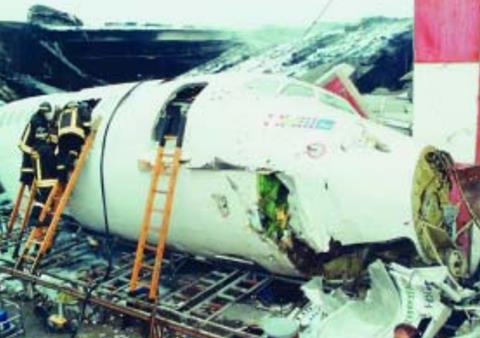 EASA says that Brussels is the “most prominent” example of a complex, high-traffic airport which uses the concept – to the extent that even vehicle drivers are able to speak on the tower frequency, to assist pilots’ situational awareness.

But it says the wide variation of practices across Europe requires an “accurate picture” to be established in order to avoid any “unnecessary negative impacts” on operational stakeholders arising from legislative decisions.

EASA is intending to identify the status of ‘triple one’ implementation as well as the variations in use, along with the rationale behind them, to understand the safety benefits and risks involved.

It has proposed a research study which would look into current recommendations, and explore incidents of runway incursion involving vehicle drivers, as well as draw up policy options to reduce the incursion risk further.

EASA expects to award a contract for the research work in the third quarter of this year.