EASA open to relaxation of single-pilot rules for commercial aviation

EASA is considering the potential for some relaxation of the rules which currently restrict single-pilot operations in commercial aviation.

“We believe that this could be implemented quite soon, typically for phases of the flight when you don’t necessarily need two pilots in the cockpit,” said the agency’s executive director Patrick Ky during a media roundtable on 19 January. 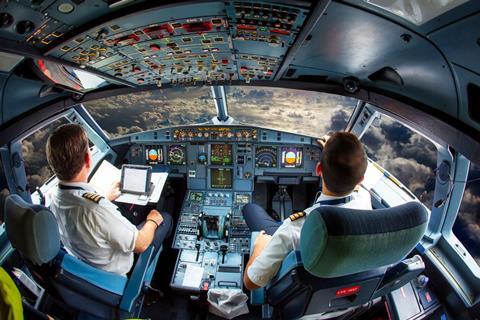 EASA’s rules stipulate that on-duty crew members ”shall remain at the assigned station, unless absence is necessary for the performance of duties in connection with the operations or for physiological  needs” – such as a toilet break – ”provided at least one suitably qualified pilot remains at the controls of the aircraft at all times.”

By Ky says it “might make sense” to change those regulations to permit just one pilot on the flightdeck during the cruise while the other rests.

But safety systems would also have to be introduced to ensure that “if there is any problem there is no unsafe condition”.

Although EASA is examining its implications, a more significant relaxation of the rules allowing single-pilot operations for the entire flight is further away, says Ky.

In case of crew incapacitation, advanced autonomous systems would need to be in place to “fly the aircraft without a pilot being in command”, he says.

“It is bringing in a lot of other questions. I don’t think we are there yet but it is certainly an area of interest for everyone.”

While pilot incapacitation is one concern, an additional worry stems from the Germanwings tragedy in 2015 in which the co-pilot deliberately flew an Airbus A320 into a mountainside after locking the captain out of the cockpit.

In the wake of that crash, EASA introduced guidance around cockpit occupancy, although largely left decisions down to individual operators.

Airbus has previously said it is invesigating the possibility of making its next-generation aircraft single-pilot capable; its Acubed innovation arm is also advancing the development of autonomous flight technology.