The European Union Aviation Safety Agency has published a proposal to require monitoring to ensure tyre pressure does not fall below the minimum serviceable inflation threshold during operations.

EASA says this can be achieved either through provision of a task within continued airworthiness instructions, requiring operators to perform tyre pressure checks at suitable intervals, or by installing a tyre-pressure monitor to alert the crew to unsafe inflation.

Any amendment to the certification standard would only address new designs for large aircraft, but operators would have the option to retrofit systems or conduct regular pressure checks.

“Incorrect tyre pressure and, in particular, the under-inflation of tyres, is a contributing factor to tyre- and wheel-failure-related accidents or incidents,” says EASA.

Such occurrences are still taking place despite measures in the last four decades including maintenance improvements and increased design robustness. EASA says the overall number of tyre and wheel failures “has not decreased over recent years”, with around 60-80 events still happening annually.

“Review of the reported occurrences indicates that a further reduction in the risk of a tyre failure is needed,” says the authority, pointing out that damage is not limited to the wheel assembly but can extend to the airframe and engines.

EASA analysis of 130 serious incidents and accidents involving tyre or wheel failure found eight occurrences between 2002 and 2016 relating to tyre under-inflation – all of which took place during departure. 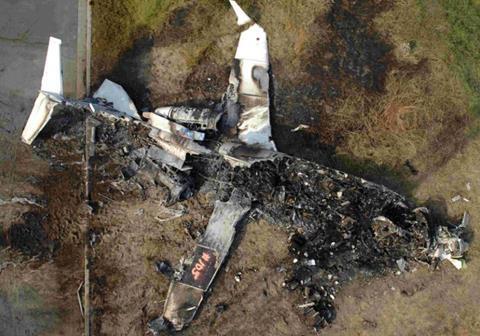 Two involved Boeing 747s, another an Airbus A340, but the most serious event was a fatal overrun during a rejected take-off by a Bombardier Learjet 60 at Columbia in 2008, when four main landing-gear tyres failed.

US investigators found the Learjet’s tyre pressures had not been checked for three weeks, and that the pressure at the time of the accident was just 140psi compared with the recommendation of 219psi.

EASA is inviting comments on the proposed amendments until 6 June.