Aircraft operators will be permitted to reduce the amount of fuel they carry during flight operations, under new rules put forward by the European Union Aviation Safety Agency.

Carriage of fuel beyond that specifically required for the trip from origin to destination is governed by regulations over contingencies, such as air traffic control delays or the need to divert to an alternate airport.

But there is a weight penalty for this contingency fuel which – even if the fuel is unused – ultimately results in a higher burn, and higher carbon dioxide emissions, for the trip.

EASA’s measures, which comprise three different fuel schemes, will enter into effect on 30 October this year. They are intended to cut emissions by optimising the fuel on board without sacrificing safety levels.

“More flexibility is given to commercial air transport operators through the introduction of the ‘fuel schemes’ concept,” says EASA in a formal decision notification.

It adds that the amended rules will also clarify and simplify requirements for helicopter fuel planning. 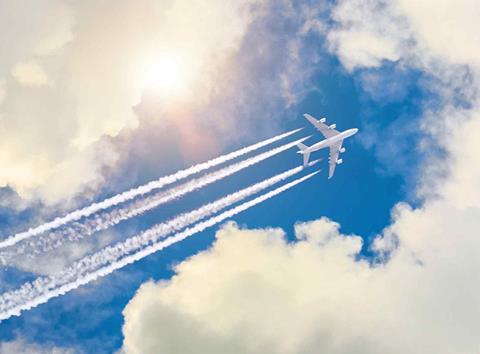 The three fuel schemes laid out include a compulsory ‘basic’ one – which will be similar to the current situation, and require “little additional effort” from operators to transition into, says EASA.

But the other two schemes – one ‘with variations’ and the other ‘individual’ – will be voluntary, and will demand enhanced monitoring capabilities from carriers.

“National authorities will also have to adjust their oversight to ensure that safety levels are not compromised,” adds EASA.

The authority’s original proposal indicates that – on the basis of European operators’ flights in 2015 – the measures could generate a maximum annual fuel reduction of around 1 million tonnes, saving some 3 million tonnes of carbon dioxide, the equivalent of 1% of European flight emissions.

Although the precise reductions permissible for individual operations will vary with route and aircraft type, EASA says long-haul flights, which produce most emissions, would stand to benefit more.

“There is no reason to lift up more fuel reserve into the sky than necessary,” says EASA flight standards director Jesper Rasmussen.

“Lifting fuel burns more fuel. Most importantly, this can be done without compromising safety – the reduction is possible thanks to better assessment methods and better data which allow airlines to carry out a more precise risk assessment.”

EASA’s new rules will also be applicable to aircraft powered fully, or partially, by alternative energy sources such as electricity.