Investigators have yet to explain the reason why an angle-of-attack sensor on the ill-fated Ethiopian Airlines Boeing 737 Max 8 suddenly started exhibiting wildly fluctuating readings as the jet lifted off from Addis Ababa.

The Ethiopian transport ministry stated during a press briefing on 4 April that the inquiry “did not find any information” regarding foreign-object damage to the aircraft, and that the flight-data recorder “doesn’t indicate” any such damage. 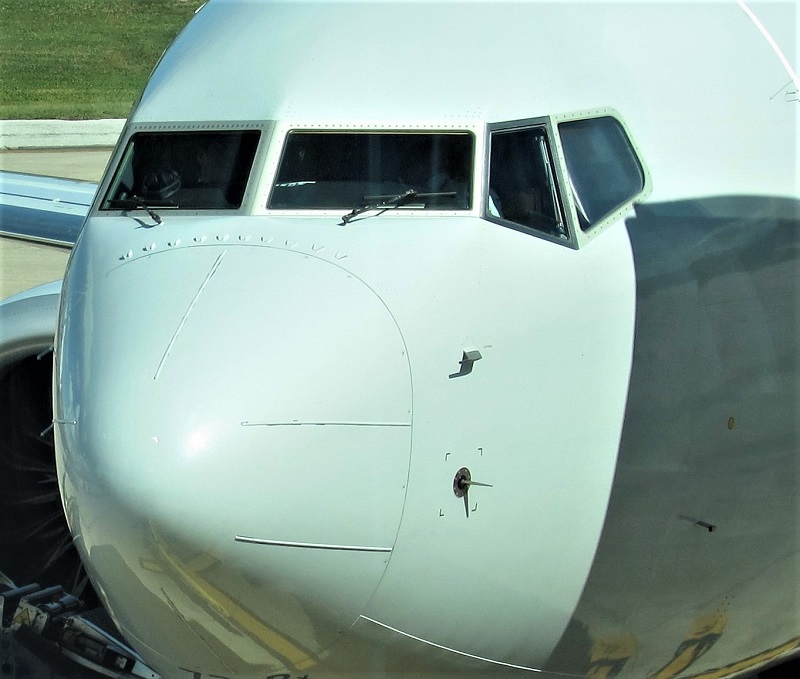 As the aircraft commenced its climb the false readings from the left-hand sensor were followed by the stick-shaker triggering on the captain’s side – although the preliminary inquiry findings have not clarified the extent to which the pilots were aware of it, despite its activating continuously for some 4min 45s.

Investigators have also highlighted a deviation in airspeed and altitude readings on the pilots’ instruments which emerged after lift-off.

Continuous stick-shaker activation, along with disagreeing airspeed and altitude data, are symptomatic of erroneous input from an angle-of-attack sensor.

So far, the preliminary inquiry suggests the only clear reference by the pilots to the flawed sensor came several minutes into the flight, as the crew struggled to deal with pitch trim problems and turned back to Addis Ababa.

The inquiry has not specified whether the erratic readings were due to a physical problem with the sensor or the processing of its information by the air data system.

Indonesian investigators probing the similar Lion Air 737 Max accident on 29 October last year found that the aircraft had experienced a number of airspeed and altitude problems over the three days prior to the crash.

An angle-of-attack sensor was subsequently replaced but the aircraft proceeded to suffer airspeed, trim and stick-shaker issues during a 28 October service to Jakarta.

Further checks on the air data system were carried out when the aircraft arrived, but it was subsequently cleared to operate its next service – during which it suffered similar flight-control problems to those on the inbound sector, resulting in a fatal loss of control.

Ethiopian took delivery of the aircraft involved in the Addis Ababa crash on 15 November, little more than two weeks after the Lion Air accident.

There was an entry regarding the aircraft’s rolling during autopilot operation, as well as a notification about “erratic and exaggerated” readings from the altitude and vertical-speed indicator.

But the inquiry points out that maintenance actions were carried out and that none of the faults was reported to have reoccurred. Other entries in the maintenance log for 39 flights prior to the accident only show issues which appear unrelated to the crash.

For all our updated coverage of the Ethiopian Airlines flight ET302 crash, visit our dedicated page