Hard landings within limits do not count as accidents: court ruling

European judges have ruled that a hard landing within permissible aircraft limits does not fall within the definition of ‘accident’, after a passenger lodged an injury claim following a firm touchdown in Switzerland.

Austria’s supreme court had sought a preliminary verdict as to whether a hard landing, made within the normal operating range of an aircraft, met the Montreal Convention’s definition of an accident if it resulted in a passenger injury.

The court had heard a case involving a passenger travelling from Vienna to St Gallen-Altenrhein with the regional carrier People’s Vienna Line, which has primarily used Embraer 170s on the shuttle route.

According to the case documents, the passenger claimed to have suffered a spinal disc injury when her flight landed on 20 March 2014 and she sought damages of nearly €69,000.

The flight-data recorder showed the landing impact was 1.8g which, while perhaps being perceived as hard, was within the 2g maximum load of the landing-gear, according to the aircraft manufacturer’s specifications. 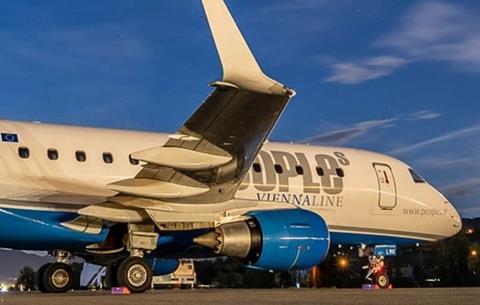 Altenrhein Luftfahrt, the formal company name of the carrier, contended that the landing was a normal event. Judges at earlier hearings in Vienna had also been told that no crew error had been found and that harder landings, for technical reasons, were safer than those which were too soft.

While the case has been rejected by a commercial court and higher regional court, the Austrian supreme court was asked to consider whether a hard landing – even in the normal operating range – could be classified, from the passenger’s perspective, as unforeseen and fall under the Montreal Convention’s concept of ‘accident’.

The question was put to the European Court of Justice for a preliminary ruling, which states: “It is necessary to reject from the outset…an interpretation of the concepts…based on the perspective of each passenger.”

Perspectives and expectations “may vary” from one passenger to another, it says, and such a legal interpretation “could lead to a paradoxical result” if the same event was classified as ‘unforeseen’ – and therefore an accident – for certain passengers but not for others.

Irrespective of whether a passenger perceives a landing as harder than they expected, such a landing “cannot be regarded as unforeseen” if it has taken place in accordance with operating procedures and within aircraft limits, the ruling concludes. Therefore, it adds, the Montreal Convention’s concept of an accident “does not cover” such hard landings and a carrier cannot be held liable.