Spanish investigators are probing an incident in which a Ryanair Boeing 737-800 dipped below minimum height thresholds during a second approach to Malaga.

The aircraft (EI-EVR) had been inbound to the Spanish resort on 6 March.

According to investigation authority CIAIAC, the 737 was approaching runway 12 when its crew was instructed to execute a go-around in order to maintain separation with a preceding aircraft.

“The go-around manoeuvre was conducted without mishap,” the preliminary information bulletin states.

But during the second approach, it adds, the aircraft “lost the required separation from the ground”, although it has yet to confirm the degree of deviation or the jet’s height. 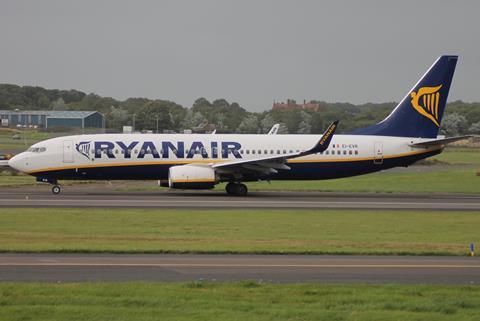 Loss of ground separation occurred during the 737’s second approach

“Once separation from the ground had been recovered, the captain requested priority for landing owing to the lack of fuel on board.”

The aircraft landed without further incident, just before 10:00, and none of the 167 passengers and six crew members was injured.

Weather conditions at the time were good, according to the airport’s data, with high visibility.

Ryanair has operated the airframe involved since it was delivered new to the carrier in 2012.