Pilots of a KLM Boeing 737-800 did not amend a runway intersection designation when recalculating take-off performance data for Amsterdam Schiphol, leading the aircraft to accelerate too slowly and use almost the entire runway length before becoming airborne.

KLM only became aware of the incident two-and-a-half months after its occurrence, by which point neither the flight-data nor cockpit-voice recorder information was available.

But analysis of aircraft maintenance system data shows the jet rotated at the calculated speed of 157kt and lifted off just 176m from the far end of runway 09, crossing the threshold at 28ft.

Dutch investigators have attributed the incident to operational and time pressures, with an unplanned last-minute change of runway intersection following a delayed departure from the gate. 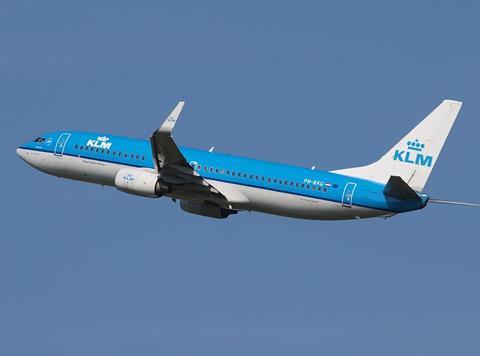 Take-off data was based on a runway 1,000m longer than the one actually used

To give the trainee first officer additional time for flight preparation, the captain and safety pilot took over some of the first officer’s tasks.

The crew had expected a runway 36L take-off from intersection V3, but the flight was switched to runway 09.

Initially the crew tried a performance calculation for an intersection N4 departure from runway 09, but the weather and aircraft weight meant this could not be achieved, and the figures were recalculated for intersection N5.

As the flight queued for the runway, air traffic control asked the crew whether an N4 intersection departure was possible. Initially the crew replied in the negative but, after hearing the wind conditions given to another aircraft, the captain – based on his experience – believed the conditions would allow take-off from N4.

The safety pilot recalculated the take-off data, using the new wind information, but crucially did not amend the intersection from N5 to N4.

When the take-off data was presented, suggesting an N4 departure was possible, it actually showed data for an N5 departure. The difference in runway distance between the two is more than 1,000m.

The first officer taxied the aircraft to N4 while the safety pilot handed the print-out with the recalculation to the captain, who entered the data into the flight-management system, without noticing that the figures were based on the wrong runway intersection.

Neither the change of intersection nor the entry of new data into the flight-management system was monitored by the first officer, and the Dutch Safety Board says this division of tasks by the crew contributed to the incident.

“Use of erroneous take-off performance data led to a situation where no safety margins remained,” it adds.

As the aircraft accelerated, both the captain and the safety pilot realised it was approaching the runway end quickly, but no adjustment to the thrust was made.

“The aircraft became airborne at the very end of the runway,” says the inquiry. Only during the climb, when the captain and safety pilot discussed the abnormality, was the use of the incorrect intersection detected.

This error meant the take-off distance available to the aircraft was just 2,460m compared with the 3,494m used for the performance calculation – which resulted in a lower thrust setting being used and slow acceleration.

Analysis shows the aircraft would have been unable to stop on the runway if the take-off had needed to be aborted at the V1 decision speed.