Nigerian investigators have disclosed that the crew of a Boeing 747-200 freighter did not receive critical information about reduced available landing distance at Abuja before the aircraft landed, veered off the runway and collided with construction equipment.

The Armenian-registered Veteran Avia aircraft (EK-74798) had been operating a wet-lease cargo service from Jeddah on behalf of Saudia.

Nigeria’s Accident Investigation Bureau says, however, that the aircraft was not despatched from Jeddah by Saudia personnel, but rather by Air Atlanta staff.

The crew was handed a despatch folder with assorted flight information, with performance data for the Abuja arrival based on a landing weight of 282t and an assumption that the full length of runway 04 would be available. 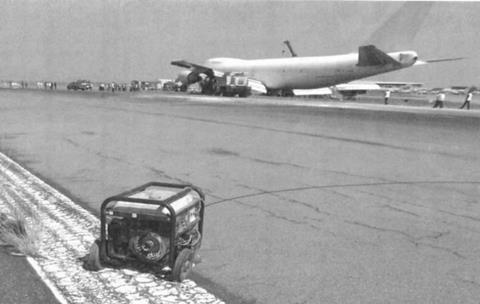 But work was being undertaken on the runway which shortened its length to just 2,500m from the original 3,610m.

This work had been detailed in a NOTAM issued on 28 November 2013, originally in effect from 30 November to 3 December – the day before the accident. Another NOTAM, referring to an extension of this work to 10 December was issued on the day of the accident.

But none of the NOTAMs in the despatch folder for the 747 crew included the critical transmission about the reduced available distance, says the inquiry.

“The captain reported that there was no NOTAM received stating the status of runway length and that was the reason they planned to land at maximum landing weight in Abuja,” it adds.

Investigators found that Abuja’s automated terminal information system message “did not carry” the information about the shortened runway.

But the cockpit-voice recorder shows the tower controller mentioned the 2,500m landing distance advised the crew to “exercise caution”, which the crew acknowledged.

The crew, however, claimed to the investigation that the tower’s message about runway length, received at 400ft above ground, was “garbled” and none of them could make it out.

Only after the 747 had touched down and was rolling out – at night, in good visibility – did the pilots become aware of construction equipment on the runway. 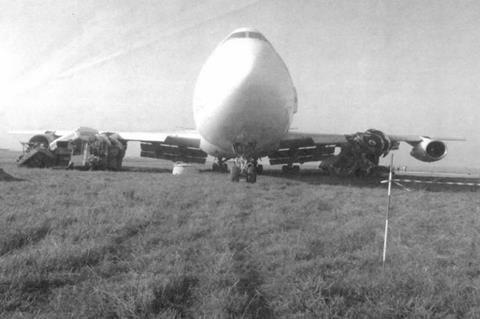 The aircraft veered to the right, towards the A3 exit, in order to avoid the construction site, but travelled off the left side of the exit and collided with vehicles and equipment parked on the side of the runway, while workers were taking a break.

Both inboard engines were severely damaged in the collision, which resulted in fire and smoke from the left-hand powerplant as the aircraft came to a halt parallel to the runway. All six crew members escaped through a hatch behind the nose-wheel, without injury.

The aircraft, which was originally delivered at the end of 1986 to Japan’s All Nippon Airways before being converted to a freighter for Nippon Cargo Airlines, was written off.

Investigators attribute the accident to the crew’s being “not updated” on the information available regarding the runway length, through the lack of briefing by a Saudia despatcher, absent runway status information at Abuja, and ineffective communication with air traffic control on final approach.

Runway markings and lighting did not depict the displaced threshold, the inquiry adds, while the entire runway lighting was left on beyond this threshold.