The right wing tip of a Cathay Pacific Boeing 777-300ER was severely damaged in an incident at Rome Fiumicino Leonardo Da Vinci airport on 15 August.

Data from Flightradar 24 shows that the aircraft is registered as B-KPY (MSN 37899), and the carrier tells FlightGlobal that the aircraft was scheduled to operate flight CX293 bound for Hong Kong at 13:05 local time.

Images on social media show that the right wing tip of the 777-300ER lodged into a floodlight pole and clearly damaged. 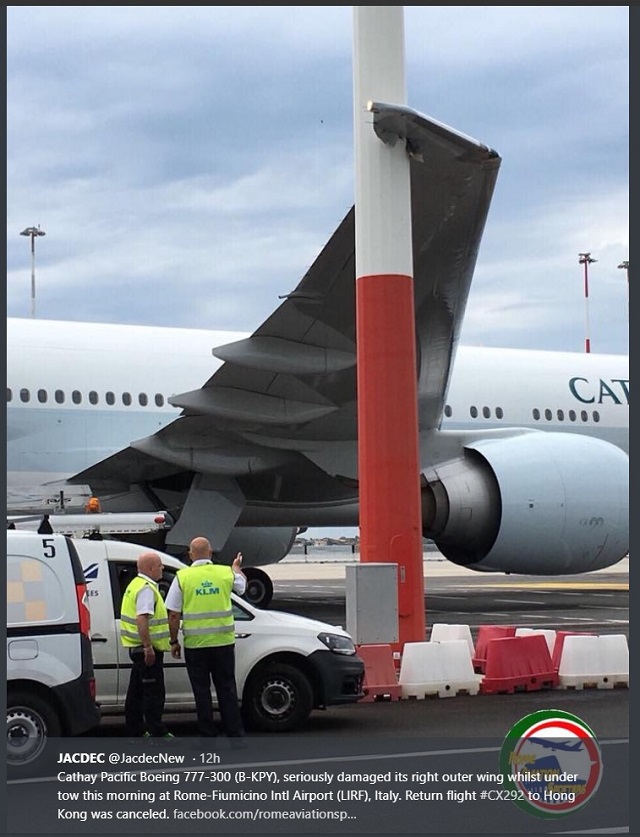 The incident occurred when the aircraft was being towed by a ground handling agent's truck.

Flight Fleets Analyzer shows that B-KPY is of 2012-vintage. It is owned and managed by Cathay.