An LC Peru Bombardier Q400 landed with its nose down at Lima on 19 August, returning to the airport after cockpit warnings over the aircraft's landing gear.

Minor injuries were reported among some of the 59 passengers on board, who were travelling on the flight to Ayacucho. 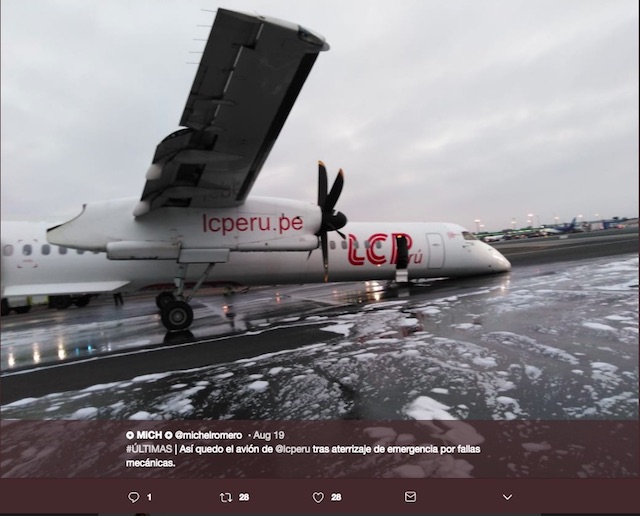 The flight crew had repeatedly attempted to lower the gear before landing, and eventually landed the aircraft with the nose gear retracted.

The accident forced Lima airport's single runway to close for several hours, resulting in the diversion of several flights to other airports.