Cockpit crew representatives are backing efforts to overhaul of the NOTAM system this year, claiming that the repository of aeronautical information has become cluttered, inefficient and burdensome.

Some 1.7 million NOTAMs were published in 2020. Even though this was a 5% reduction on the previous year, as a result of the air transport crisis, the number amounted to a seven-fold increase in NOTAMs over the past two decades, according to ICAO.

It adds that about 35,000 remain active on any given day.

ICAO is to launch a global campaign for NOTAM improvement on 8 April, intended to relieve some of the pressure on those having to handle and absorb the information.

“It is not uncommon for a pre-flight briefing package supporting a long-haul international flight to contain more than 100 pages of NOTAM information,” says the organisation.

“Findings have shown that 20% of these will be old NOTAMs, exceeding their three-month applicability period.” 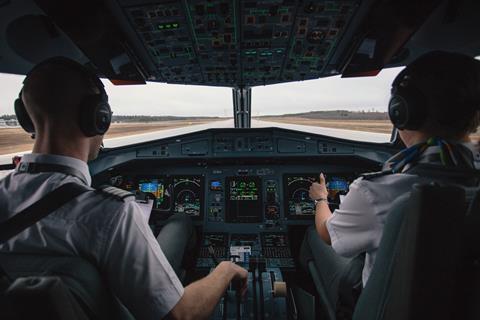 The campaign is being supported by international pilot federation IFALPA.

“There have been numerous efforts through the years to improve the system, but none has been successful,” says the federation. “This year will be different.”

Reducing the number of valid NOTAMs is the first priority, it states, particularly eliminating old ones which remain published past the 90-day limit.

“Pilots can easily list several ways the NOTAM could be improved,” the federation adds.

These include basic changes centred on the use of abbreviations and the use of letter case, to aspects of sorting and filtering.

“These issues are well known in the ICAO [information management panel] working groups and they are working to fix them,” says the federation.

ICAO is to host an online event to initiate the campaign, called ‘NOTAM2021’, following up with bi-monthly sessions to monitor progress.

It has highlighted a web-based tool for NOTAM analysis of different global regions.

ICAO’s African zones had the highest proportions of outdated NOTAMs, with 43% labelled ‘very old’ in the Western and Central African region.

But 6% of ‘old’ and 5% of ‘very old’ NOTAMs remained published in the European and North Atlantic region on the same date.

ICAO points out that NOTAMs should be used for essential short-term updates of information affecting flight operations, and that temporary changes of longer duration should be conveyed through supplements to aeronautical information publications.

“In either case, a NOTAM should never be active for more than three months, and never be replaced more than once,” it says.

But it belies that placing extended applicability on NOTAMs, failing to cancel them on time, or failing to shift long-term information to other documentation, leads to outdated NOTAMs remaining indefinitely active.

Some NOTAMs are being replaced “multiple times, sometimes for years”, adds ICAO, but will not necessarily be highlighted on its monitoring tool because they do not individually exceed the 90-day limit.

ICAO says the campaign will initially focus on this “widespread misuse”, estimating that it can potentially eliminate over 400,000 old NOTAMs this year and prevent recurrence.

The organisation acknowledges that the situation has serious safety implications.

IFALPA president Capt Jack Netskar warned, in a letter to aeronautical information services providers last September, that the volume of published NOTAMs has reached the point where it “overwhelms the capacity” of pilots and other personnel to assess the information.

“This has resulted in several incidents where safety-critical information was missed,” he added. “NOTAMs are supposed to support situational awareness but, currently, they do the exact opposite. This simply cannot continue; it is unacceptable.”

Netskar adds that NOTAM filtering and sorting is ineffective, with NOTAMs being compiled featuring inconsistencies and use of non-approved codes, exacerbating workloads and increasing risks.