None of the three occupants of an Aerolineas Andinas Aliansa Douglas DC-3 has survived after the aircraft came down shortly after departing Villavicencio.

The airline’s operational safety director, Diego Mauricio Arias Grajales, has confirmed the loss of two pilots and a technician in the 8 July crash.

Civil defence organisation Defensa Civil Colombiana says search personnel have located the aircraft near the village of Santa Lucia in the vicinity of Restrepo, a town some 5nm north-east of Villavicencio’s La Vanguardia airport. 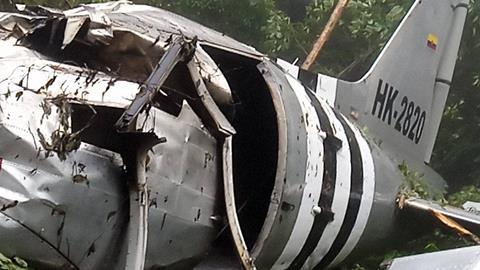 Video footage had emerged showing showing aft fuselage debris in an area of trees, with characteristic black-and-white stripes matching those on the aircraft, and a vertical fin bearing its registration, HK-2820.

Aliansa had acknowledged that the images corresponded with the missing aircraft but had been awaiting positive identification from official search parties.

Aliansa says the DC-3 took off from La Vanguardia airport early on 8 July for a training flight, with radar and radio contact lost a few minutes after departure.

Investigators have yet to reach any conclusions on the circumstances of the accident. 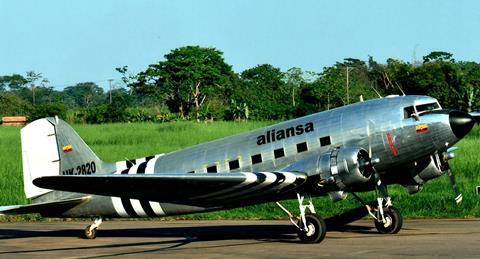