Royal Jordanian has illustrated the extent of decontamination and sterilisation measures being undertaken on board aircraft aimed at preventing further spread of the coronavirus which has badly disrupted services to China.

The airline has shown the procedures carried out on one of its Boeing 787-8s which had conducted a repatriation flight for Jordanians, Palestinians and Arabs living in Wuhan.

It operated a 787 (JY-BAE) from Wuhan which arrived at Amman on 1 February.

Royal Jordanian says it undertook a three-phase disinfection of the entire aircraft, over the course of 2h, using “the best cleaning materials and equipment” from a “highly-qualified” local team. 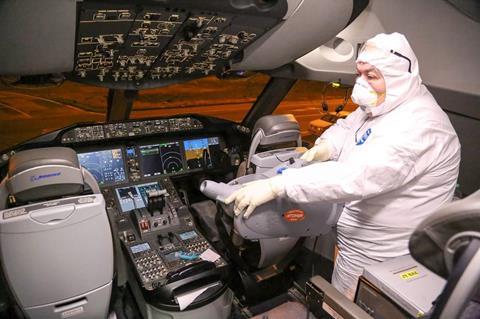 The airline says it has “confidence” in the safety of the procedure, adding: “The electrostatic innovative sterilisation protocol was used, following the best practices.”

Seventy-one passengers were on board the aircraft along with Jordanian medical personnel. Chinese medical authorities had also conducted checks on passengers at Wuhan before boarding, says the carrier. 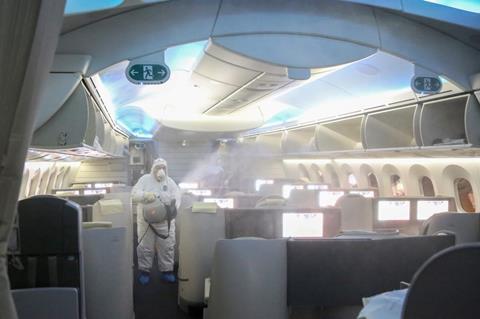 Decontamination of the aircraft took 2h 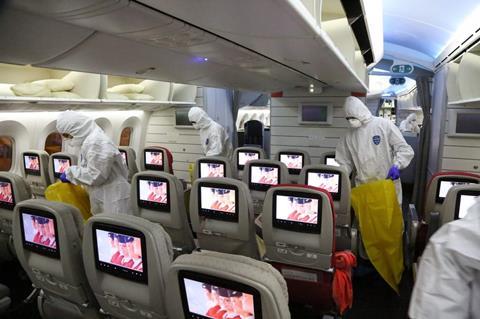 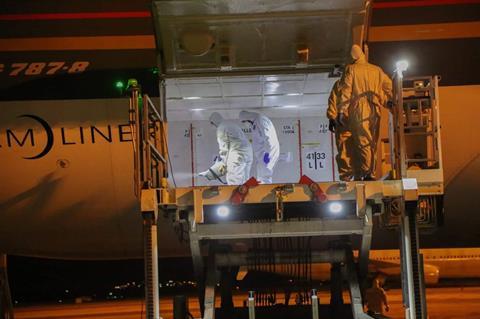 Several Middle Eastern operators have cut services to China in the wake of the coronavirus outbreak.

Qatar Airways says it is suspending its mainland China flights from 3 February, until further notice, while Oman Air is similarly halting its Guangzhou service on the same date. Israeli flag-carrier El Al has dropped its Beijing flight until 25 March.