Bermuda’s civil aviation regulator has suspended all certificates of airworthiness of aircraft operating in Russia under the bilateral agreement between the two sides.

Large numbers of civil aircraft operating in Russia are held on the Bermuda registry, and the bilateral ICAO agreement means Bermuda is responsible for airworthiness approval.

But the Bermuda Civil Aviation Authority says that international sanctions on Russia, imposed over the conflict in Ukraine, have had a “significant impact” on the ability to maintain safety oversight on Bermuda-registered aircraft operated by Russian carriers.

“The airworthiness system has been restricted to the point that the [authority] is unable to confidently approve these aircraft as being airworthy,” it states.

Over 900 aircraft are listed on the Bermuda registry, carrying registration prefixes VP-B and VQ-B, and a large proportion is operated in Russia – particularly leased Airbus and Boeing types. 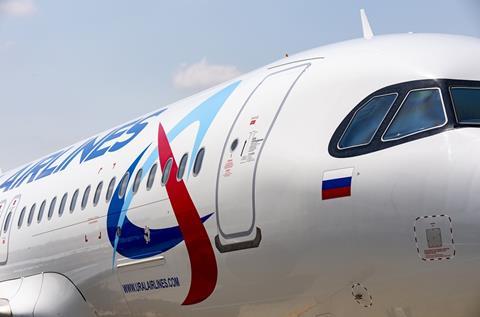 Ural Airlines A320neo VP-BRX, just one of the many Bermuda-registered jets of Russian carriers

Aeroflot Group carrier Rossiya has Russian-registered Irkut Superjet 100s while another major carrier, Utair, has been moving Boeing 737s and other types onto the domestic registry, part of an earlier initiative to reduce the costs of overseas airworthiness administration.

Bermuda, located in the western part of the north Atlantic, has the status of a British Overseas Territory and is regulated by the UK transport ministry.

The Bermuda Civil Aviation Authority promotes its registry as being ICAO-compliant with a “solid reputation” for being safe and well-regulated, while offering “competitive” fees, a globally-distributed inspection team, and potential favourable tax treatment.

It says it operates within a “complex safety network of leasing companies and commercial operators”, and is obligated to oversee safe air transport.