Use of the rudder is a focus for investigators probing the sharp roll on lift-off by an American Airlines Airbus A321 departing New York JFK, an incident which resulted in the aircraft’s striking a runway distance marker, and the ground, sustaining damage to its left wing-tip and leading edge.

Flight-data recorder information indicates the jet rolled 36° to the left as it rotated from runway 31L. The roll began as the nose-gear rose, and continued to increase as the right-hand and then left-hand main gear lifted off.

The aircraft briefly returned to wings-level then rolled left again, by about 20°, before the crew regained control and the A321 climbed away.

While US investigators have yet to reach conclusions on the 10 April 2019 incident, detailed information newly released reveals the extent of shock and confusion experienced by the pilots as the jet banked.

The captain replied that the aircraft “just rolled on me”. Once the jet appeared to be climbing normally, and the crew was discussing the take-off roll, he added: “It was taking a lot of left rudder…to keep it centreline.”

The departure had been conducted in a crosswind from the right, and flight-data recordings show around 10° of left rudder pedal had been applied during the take-off run, increasing to more than 20° at rotation.

Initially the crew estimated the aircraft had rolled up to 60° during the incident, and both mentioned taking time off to recover from the event. 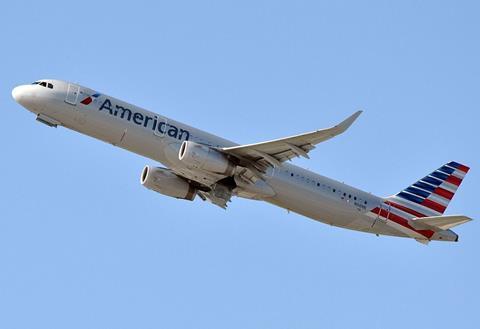 As the aircraft rotated, it banked sharply to the left and struck a distance marker

About 5min into the flight a member of the cabin crew contacted the pilots, querying the occurrence, and saying it had been “so scary” – to which the pilots responded with a comment that the rudder might have “jammed” and that “full left rudder” had been applied while on the runway.

The captain subsequently told investigators that he recalled the rudder feeling “a little heavy” and that he was surprised by how much rudder pressure was needed, attributing it to stronger-than-expected crosswind. He said he believed “an unexpected yaw” initiated the event, translating into a roll as the aircraft became airborne.

Airbus points out that, in strong crosswind conditions, there is a natural tendency for an aircraft to roll away from the wind at lift-off, and a smooth lateral input can compensate.

According to the US National Transportation Safety Board, the A321’s left wing hit the ground as well as a 5,000ft runway distance marker.

The flight attendant who contacted the crew mentioned that a business-class passenger, in seat 8A on the left side, had informed that the wing looked “dented”.

Even before this revelation, the crew had opted to return to JFK owing to their uncertainty about the aircraft’s behaviour. The jet (N114NN) subsequently touched down about 28min airborne. None of the occupants was injured.