Indian investigators probing the fatal Boeing 737-800 overrun at Kozhikode are likely to examine whether tailwinds might have further complicated a night landing in wet conditions, at an airport classified by the country’s regulator as ‘critical’ owing to its table-top design.

At least 18 occupants of the Air India Express flight, including both pilots, did not survive after the jet broke up after overrunning runway 10 on arrival from Dubai.

Meteorological data from Kozhikode airport indicates wind from 260° at the time which would have generated an 11kt tailwind component in the landing direction.

Investigators have yet to clarify whether the aircraft initially intended to land on the opposite direction runway 28. It had approached from the west, aligned with runway 10, before breaking left and circling round, descending along the centreline of 28. The aircraft then climbed away and re-established itself on the runway 10 approach.

Western India is currently immersed in the June-September monsoon season. Rain showers and mist at Kozhikode had reduced visibility at the time of the landing to 2,000m, and thunderstorm activity had been present in the vicinity.

Critical airports require special operational qualifications for the crew as they pose particularly challenging conditions, such as their runway length, terrain, or prevailing weather conditions.

Kozhikode had featured in a list of 11 airports designated ‘critical’ by Indian regulators after another Air India Express 737-800 overran at Mangalore in May 2010 – having also, coincidentally, arrived from Dubai. 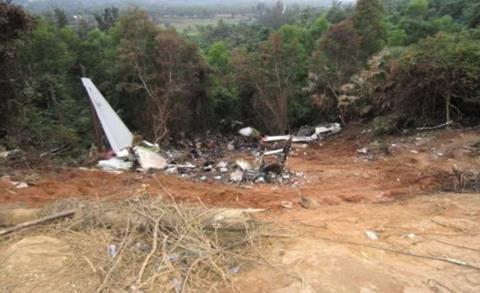 While the table-top runway at Mangalore was dry, and winds calm, the aircraft had landed long and the captain tried belatedly to abort.

Table-top runways are positioned on elevated terrain with steep slopes outside of the runway boundary, posing the risk of serious structural damage in the event of an overrun.

Kozhikode’s runway 10 is 2860m (9,380ft) long and is equipped with landing aids including ILS. It features a runway end safety area around 90m in length. The runway’s slope is slightly positive – although only 0.12% upwards.

India’s aeronautical information publication states that operators must ensure captains and flight crew operating to the airport at night have “sufficient experience in terms of flying hours” as well as daylight operating experience at Kozhikode. All approaches at night must be initiated only with an instrument procedure, it adds.

The airline’s standard procedures required the captain to carry out approach and landings to critical airports.

Air India Express says the captain of the ill-fated Kozhikode flight, an ex-air force pilot, was “experienced” on the 737-800 and had previously flown Airbus A310s, adding that he was an “accomplished” fighter pilot.