UK signs up to co-operate with EU ramp inspection programme

Under a new post-Brexit agreement the UK Civil Aviation Authority is to be considered a full participating member of the European Union ramp inspection programme.

The CAA had been part of the programme up to 31 December 2020, after which the UK completed its withdrawal from the EU.

But it has reached an agreement with the European Union Aviation Safety Agency, signed in March, to maintain close co-operation and a harmonised approach to the programme, and enlarge its scope.

Ramp inspection findings are part of the information taken into account during EU airline blacklisting decisions. 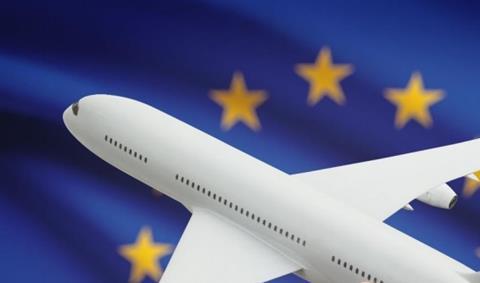 The agreement says having the “largest possible amount of information”, with a view to ensuring enforcement of safety standards regarding third-country aircraft, is “in the interest” of the two sides.

It sets out the working procedures for carrying out ramp inspections of aircraft suspected of non-compliance with safety standards after landing in the UK, as well as the collection and exchange of information on aircraft safety.

The CAA must collect relevant safety data including the results of ramp inspections, pilot and maintenance reports, incident reports, information from whistleblowers, and action taken subsequent to the checks.

Safety information from the CAA will be entered on a ramp inspection tool to which EASA will provide direct access, and make available to the CAA the results of its analyses of data on third-country aircraft.

As part of the agreement the CAA will undergo standardisation inspections from EASA to verify compliance with rules and procedures, and will act upon the findings in order to remain a full member of the programme.