US aviation regulators have downgraded the safety rating of Russia, declaring that the oversight authority is not complying with ICAO standards.

The US FAA has formally classified Russia as a ‘Category 2’ state under its International Aviation Safety Assessment scheme.

This downgrade prevents any expansion of airline services to the USA and forbids Russian operators from carrying the designator codes of US carriers.

The reclassification is virtually a formality given that the sanctions imposed on Russia have effectively already halted US-bound airline services.

But it underlines concerns that the Russian federal air transport regulator, Rosaviatsia, is breaching international standards and procedures by continuing to operate aircraft whose airworthiness certificates have been withdrawn by the recognised authority.

Several Russian carriers have retained foreign aircraft leased to them, despite the termination of lease agreements, and the government has engaged in re-registering dozens of them in order to claim that it can perform safety oversight and maintenance functions on the fleet. 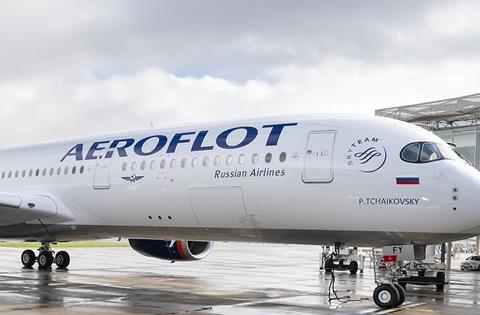 Russian carriers had already been barred from operating US flights