US investigators have determined that an Embraer 175 pitch-trim switch, inadvertently fitted upside-down, resulted in the crew’s experienced a serious flight-control incident on departure from Atlanta.

The captain had already flown the American Eagle jet from Detroit to New York LaGuardia earlier in the day, but the crew noted a pitch-trim failure message during the journey, and chose to have the issue checked on arrival.

Maintenance personnel partially removed the trim switch on the captain’s yoke, with the intention of replacing it, but then decided instead to defer the item.

National Transportation Safety Board investigators believe the partial removal of the switch at LaGuardia resulted in its being accidentally re-installed upside-down. The deferral decision meant the switch was not tested.

The switch was placarded as inoperative – but not deactivated, as there was no requirement for such action – and the captain was simply advised not to use it. 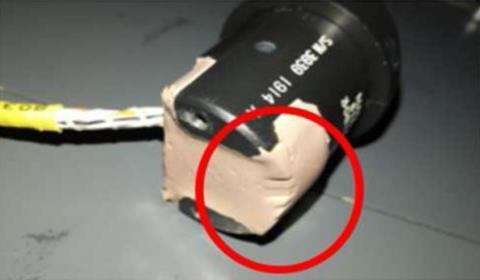 During the second flight of the day, a service from LaGuardia to Atlanta, the first officer flew the aircraft, without any problems.

But the captain took the role of the flying pilot for the next departure, from Atlanta back to LaGuardia, and the inquiry believes “highly-practised behaviour” meant the captain automatically reverted to using the yoke trim switch even though he had been told otherwise.

It states that his use of the yoke switch resulted in the aircraft’s pitching up when he was attempting to trim down.

As a result, the captain thought the aircraft was affected by a trim runaway as it climbed out of Atlanta, and the crew declared an emergency, seeking to return to the airport, less than 2min after departure. 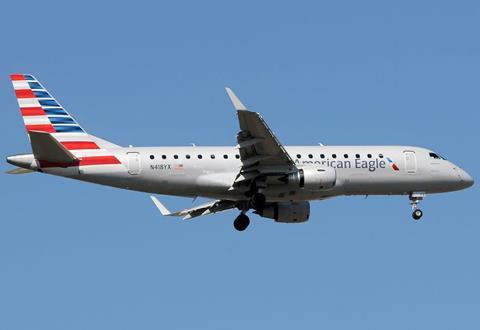 Pilots believed the American Eagle aircraft, similar to this one, had suffered a pitch-trim runaway

The captain told the inquiry that both he and the first officer had to push forward on their control columns to prevent the aircraft from pitching up. The jet underwent several pitch oscillations, and reached a maximum pitch-up attitude of 27°, the crew subsequently informing air traffic control that the aircraft was in a “stalling situation”.

With the use of banking and activation of a trim system cut-out switch, the crew managed to regain control of the aircraft. The flight-data recorder captured a number of trim-down commands from the first officer’s switch, and the captain transferred control to the first officer.

The aircraft – registered N117HQ and operated by Republic Airways – successfully returned to Atlanta, touching down on runway 10 about 20min after take-off.

None of the six passengers on the lightly-loaded jet, or its three crew members, was injured during the 6 November 2019 incident.

Embraer had already previously advised operators that the trim switch could inadvertently be fitted the wrong way round, and issued a service bulletin in February 2015. The bulletin recommended installation of a support in the yoke to prevent incorrect installation. It had a compliance period of three years, but the aircraft involved in the incident had not been modified.