The possible $325 million foreign military sales (FMS) deal was announced by the US Defense Security Cooperation Agency in a notification to congress.

The system is likely to arm the Korea Aerospace Industries (KAI) FA-50 light attack aircraft, which is an advanced variant of the T-50 trainer. In January, Seoul announced the acquisition of 20 FA-50s for $600 million. It could acquire a total of 60-150 FA-50s to replace more than 150 Northrop F-5s. 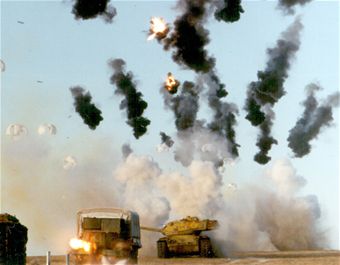 In April 2010, Seoul selected the SFW for integration with the type.

"The Republic of Korea intends to use these weapons to modernise its armed forces and enhance its capability to defeat a wide range of enemy defences including fortifications, armoured vehicles and maritime threats," says the DSCA. "Additionally, the munition's precision and low failure rate will reduce incidents of fratricide and increase overall effectiveness."

The 453kg (1,000lb)-class SFW deploys 10 BLU-108 submunitions, each containing four individual "skeet" warheads. Equipped with a passive infrared array and active laser sensor, an individual warhead will self-destruct 8s after launch, or at around 50ft (15m) above the ground if it fails to detect a valid target. Should this process fail, a time-out function "will yield the warhead inert within minutes of hitting the ground", Textron says.

"Thousands of tests in various conditions", have demonstrated a submunition reliability rate of over 99%, and "distinguished SFW from legacy [cluster] munitions", Textron says.

The company has previously sold the design to nations including India, Oman, Turkey, the United Arab Emirates and the USA. It has export approvals to pursue deals in around 20 more countries in Asia, Europe and the Middle East.