The US Air Force wants to develop a commoditised Lockheed Martin F-16 to make it easier for US allies and foreign partners to buy the combat aircraft.

The service is eyeing a fighter as its next project after creating a commoditised MQ-9 Reaper unmanned air vehicle (UAV) in coordination with manufacturer General Atomics Aeronautical Systems, says Kelli Seybolt, deputy under secretary of the US Air Force (USAF) for international affairs, at the Singapore air show. 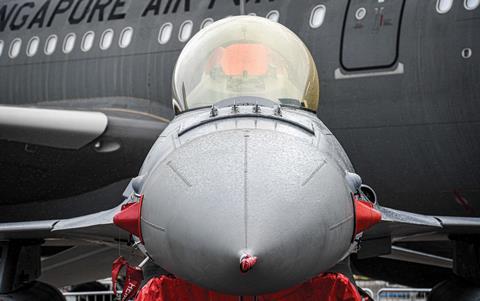 The USAF believes that the amount of customisation that goes into aircraft bought through Foreign Military Sales complicates the process and increases cost. By creating a standard, or “commoditized” version, the service believes it can make it easier to buy American.

The concept is being refined first with the MQ-9, says Seybolt.

“It would create a situation where we would have a standard MQ-9 platform that the countries could come in and buy. It’s kind of like buying a car,” she says. “Commoditisation is going to allow them to have less risk as they look at procuring the platform because they’ll know the price or know what they’re getting.”

A commoditised aircraft would include a standard price and standard operating cost. And so, it would avoid costly customisation.

“One of the challenges with programmes across the board is when countries start looking at really tailoring what they want, and creating or having developmental aspects,” says Seybolt. “That’s where you add cost and risk.”

Lockheed Martin said in a financial earnings call in October 2019 that it believed it could increase its backlog of F-16 orders in the near term from 30 units to 90 units based on demand from Asia and the Middle East. In Asia, prospective customers include Taiwan, India, Indonesia and the Philippines.