Caught between a growing US government fiscal deficit and a growing military threat from China, the US Pacific Air Forces command is looking for inexpensive ways to pre-position war materiel on islands across the Pacific Ocean.

In particular, US Air Force General Charles Brown, chief of the Pacific Air Forces, says he would like to pre-position more fuel, ammunition and maintenance equipment across air bases in the region. The supplies would facilitate the service’s agile combat strategy, a plan that aims to move fighters quickly around the battlefield, in part by re-arming and refuelling combat aircraft at austere air bases. 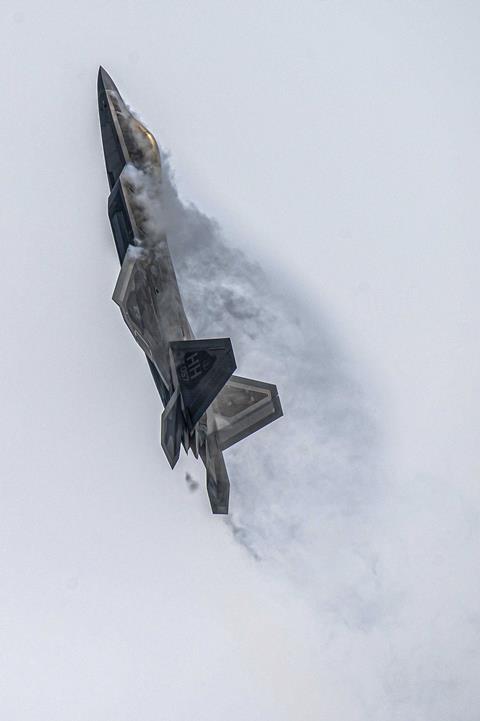 Pre-positioning large amounts of materiel – as was done in Europe during the Cold War – is expensive, however. As the USAF is working in the next five years to move $30 billion away from maintaining old aircraft and weapons in order to reinvest those funds into developing new technologies, Brown says its important the service find cheaper ways of forward deploying supplies.

“It doesn’t necessarily have to be big packages, but small packages we can put in different locations to speed up our ability to respond to any type of crisis,” he says.

To allow the USAF’s fighter squadrons to survive off smaller caches of materiel, the service needs to use data to “forecast better so we’re not bringing everything just in case,” says Brown.

The USAF also needs to find ways to incorporate pre-positioned materiel into regular operations, not just hold the supplies for war emergencies, he says.

For example, Pacific Air Forces has recently placed additional maintenance equipment at Hickam AFB in Hawaii so that when complex fighter aircraft, such the Lockheed Martin F-22, based in the mainland USA or Kadena AFB in Okinawa, Japan, break down while transiting through the island they do not become stranded for weeks.

Brown says he is also looking to pre-position equipment around the region to better respond to humanitarian-assistance and disaster-relief missions, work which is good practice for agile combat operations.

“If you look at this region it’s full of typhoons, volcanoes, earthquakes, and we respond to a lot of those,” he says. “That to me is a way to start the process.”