Chinese manufacturer AVIC is displaying two models of reconnaissance and strike UAVs at this year's edition of the Singapore air show.

Making their show debut in the static park are mock-ups of the Wing Loong I and Wing Loong II.

According to AVIC, the Wing Loong II has a maximum take-off weight of 4,200kg (9,300lb), nearly four times greater than the Wing Loong I. It also has six hard points, compared with just two for its sibling. 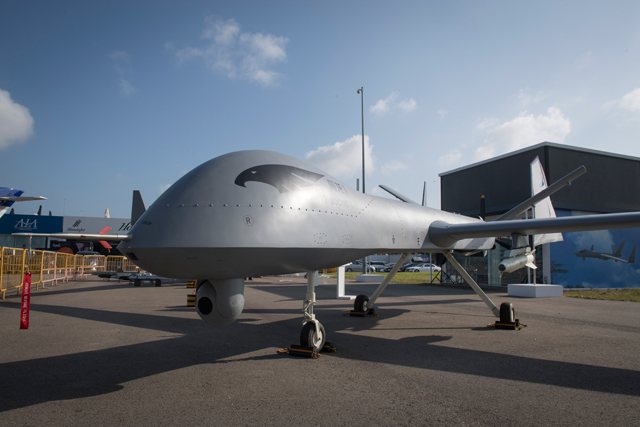 The Wing Loong I appeared at Airshow China in Zhuhai in 2012, and footage has been released showing the type destroying targets with missiles. AVIC lists its length and wingspan at 9m (30ft) each. The II's length comes in at 11m, with a wingspan of 14m. Both UAVs have a layout similar to the General Atomics MQ-9 Reaper.

Given that Beijing is not a signatory of the Missile Technology Control Regime, its companies have far greater flexibility to sell advanced UAVs to nations in the developing world.