It means the wider market will now be offered the same configuration as ordered by the United Arab Emirates under a $1.27 billion two-aircraft deal signed during Dubai air show in November.

“We have a completely new platform but also a completely new radar. The radar has an extremely high capacity compared to the old one, so the performance is enhanced,” says Erik Winberg, director of business development at Saab. 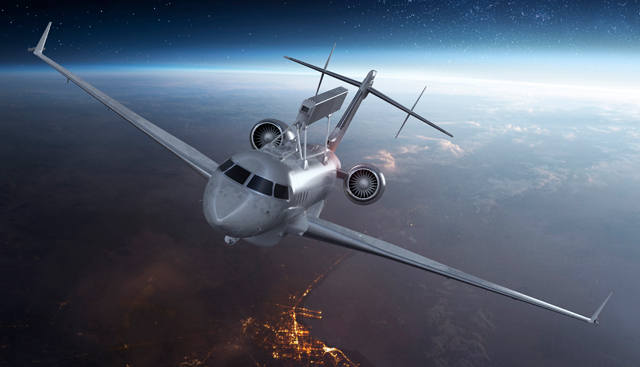 Erieye has previously been offered on the Embraer 145, Saab 2000 and Saab 340, but the new Global 6000 configuration will provide the highest altitude and longest endurance of them all: it is able to fly at up to 30,000ft for 11h.

“This is a swing-role capability that can work in the air, land and maritime domain. We can do any sort of surveillance in those three domains,” Winberg says.

GlobalEye offers a 70% increase in radar performance, and is being offered with three layers of capability: the baseline AESA and C2 system, which can be used for air, land and sea surveillance, and includes electronic intelligence and electronic support measures; an additional infrared and sea search layer; and a further signals intelligence (SIGINT) system.

“We think that no other system available has so many sensors on-board the one aircraft,” Winberg says.

“The reason for the different combinations is that different customers have different needs depending on the assets of that country. If they already have a lot of other assets in maritime or ground capabilities, for example, then they might prefer SIGINT because it better suits their concept of operations.”

In addition to the launch customer, Saab is seeing interest in other areas of the Middle East, plus Asia and Europe, Winberg says.