Clarity has yet to emerge over the origin of the damage sustained by a Daallo Airlines Airbus A321 after it departed Mogadishu on 2 February.

The aircraft suffered substantial structural damage to the starboard side of its fuselage while operating flight D3159 to Djibouti.

Daallo Airlines says 74 occupants were on board the twinjet which, it says, "experienced an incident shortly after take-off".

Video footage purportedly taken during the flight shows oxygen masks deployed in the cabin and passengers moving to seats away from the area of damage.

The area affected is some five or six seat-rows aft of the 2R passenger door, in the vicinity of the window seats.

Oxygen masks are fed by gas generators which are potentially hazardous as they produce oxygen through high-temperature exothermic chemical reactions.

But the generators are located in the overhead panels directly above each group of seats, and the video images show the structural damage includes sections far below the window line, around cabin floor level.

Schedules data indicates that the aircraft arrived in Mogadishu following a Daallo service from Jeddah on 2 February.

But Turkish Airlines' flight-status facility states that, while it flew the Istanbul-Djibouti sectors on 1 and 2 February, the onward connection to Mogadishu was cancelled.

This onward service is normally scheduled to return to Djibouti some 2h before the Daallo flight.

Turkish Airlines would not detail reasons for cancelling the Mogadishu leg, beyond stating that "relevant flights" have been cancelled "due to operational reasons required in the framework of bad weather conditions".

The airline has not provided any comment on whether security considerations were a factor in the Mogadishu cancellations. Turkish interests in Mogadishu have previously been the subject of attacks attributed to the Al-Shabaab organisation.

Daallo initially claimed that all passengers were evacuated safely after the A321 returned to Mogadishu, but subsequent reports indicate that the incident resulted in one fatality.

Somalian investigators have opened an inquiry into the event, the airline states. 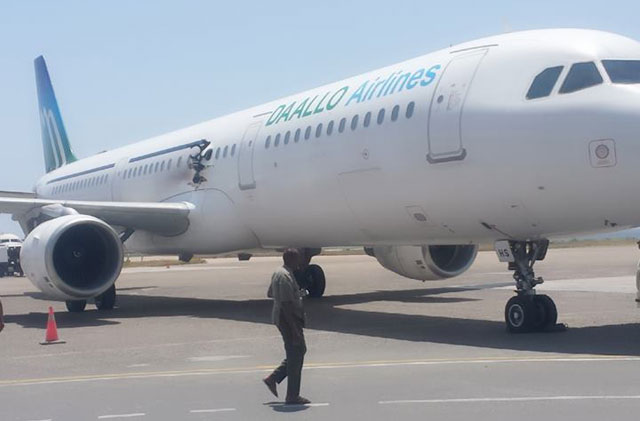