With the exception of the engine choice, the second batch of 21 F-15Ks will be identical to the General Electric-powered first batch of 40 aircraft, including the same mechanically-scanned radar, Boeing F-15 vice president Mark Bass says.

P&W will supply the F100-PW-229EEP with the previously undisclosed enhanced engine package (EEP) for the second batch of aircraft.

South Korea becomes the third foreign customer to order the EEP upgrade, although the first two buyers remain undisclosed. P&W first quietly tested the package of improvements for the US Air Force in 2004, the spokesman says. 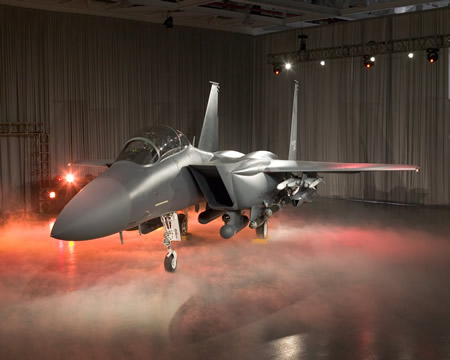 The deal for 21 aircraft allows to replace one F-15K lost in an accident in 2006. Boeing negotiated the deal to allow to purchase one additional aircraft within the original budget estimate for 20 fighters, Bass says.

The contract means Boeing’s F-15 production backlog is extended through the third quarter of 2012.

But the manufacturer needs to have signed a new contract before the third quarter of 2009 to avoid a costly gap on the F-15’s 35-year-old production line. Two immediate prospects include replacement F-15s for the Saudi Arabian air force and ’s F-X fighter programme.

A Japanese team conducted a flight evaluation of the F-15E last year at Seymour Johnson Air Force Base, . Boeing expects to receive a request for proposals in August or September and to submit a proposal to by end-year.

also sent a site survey team to evaluate the Lockheed Martin F-35 Joint Strike Fighter earlier this year, but it’s not yet clear how important stealth design features will be in the competition.

For the long-term, Boeing continues to hope for a follow-on order by the US Air Force. A previous unsolicited offer to produce 144 new F-15Es has expired, but Boeing stands ready to update the proposal if the USAF shows new interest, Bass says.

USAF leaders have ruled out buying any new combat aircraft that lack inherently stealthy designs, such as the F-35 and the Lockheed F-22.

Meanwhile, the USAF plans to revamp modernization priorities for the F-15E fleet, Bass said. A review of the F-15’s upgrade roadmap is scheduled next month among air force officials representing operations, maintenance and developmental technology.

It’s unclear how the review could impact funding for the F-15E radar modernization programme. In November, Boeing selected the Raytheon APG-63(V) AESA radar for the F-15E upgrade. A contract for a three-year system demonstration and development phase is scheduled to follow in mid- to late-2008, Bass says.

If cleared for export, the same radar may be offered to for the F-X programme.