Zero-G flying means high stress for an old A310

Repeatedly pulling 1.8g in fiercely steep climbs and dives is no way for an airline to treat its customers, but for one of the world’s most specialised operators, that’s exactly what they’re paying for. And, Bordeaux Merignac-based Novespace is set to give even more passengers just such a thrill, now that it’s taken delivery of a new aircraft.

Actually, the 22s or so between those climbs and dives is the purpose behind the madness, as the name of the aircraft makes very clear. “Zero-G”, an Airbus A310 that previously served the German air force VIP fleet as “Konrad Adenauer” (registration 10+21, now F-WNOV), is one of just a handful of aircraft in the world capable of letting scientists and astronauts work, for brief stretches, in microgravity without travelling to space. A US company, Zero G, operates a modified Boeing 727-200 and Russia’s state astronautics agency has an Ilyushin Il-76; the National Research Council of Canada has a much smaller Falcon 20.

The trick is to fly a parabolic flight path, pulling up to 1.8g in a steep climb that gains some 2,500m in altitude in 30s, then cruising over the hump and diving back down to resume level flight. A typical outing – from Bordeaux, Novespace flies out over the Bay of Biscay – can include 15 to 30 of these parabolic manoeuvres, providing many valuable minutes of effective weightlessness, for science experiments or astronaut training.

But while the aircraft is operating inside the normal 2.5g design limit of a civil airliner, its radical flight pattern is very hard on the structure. More than 13,000 parabolas in nearly 18 years of service wore out the old Zero-G, an A300 that was the third built by Airbus, so it was retired in October 2014. 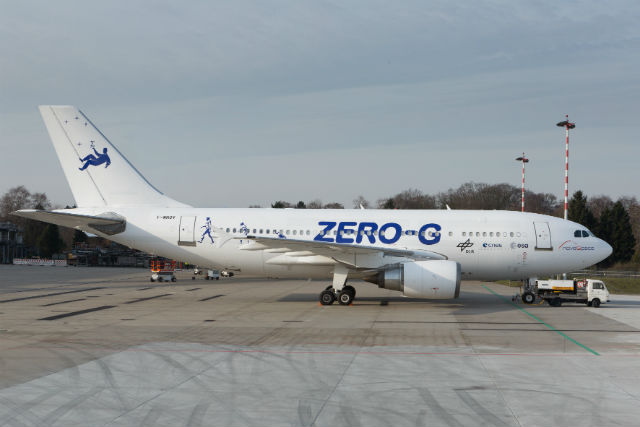 Novespace director general Thierry Gharib tells Flightglobal that the A300 remained airworthy, but maintenance was becoming very expensive; the coefficient of fatigue on a parabolic flights is 35 times greater than on a normal commercial service, so the aircraft needs 30 times the structural inspection of an airliner. Hence, on an ageing airframe, maintenance, he says, had become a “headache”, especially as some spare parts had become unobtainable. The A310, however, will be much easier to maintain and bring with it other safety advantages characteristic of newer models.

And, he says, there are other advantages to the new aircraft. With a glass cockpit and a new flight control system, Novespace expects to be able to provide its customers with more precise control of what were already “excellent” microgravity conditions during the parabolic manoeuvre – clearly important on scientific missions, when researchers need to reproduce conditions as closely as possible on each trial. 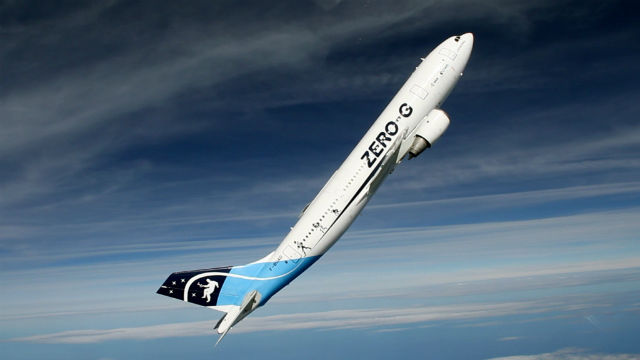 The A310 will also provide researchers with more electrical power – up to 50% more, eventually – which Gharib says is important for increasingly demanding experiments.

The A310 was converted from its German air force configuration by Lufthansa Technik in Hamburg. Various frames and other structures had been weakened by the original VIP conversion, so before a new interior could be installed for Novespace, Lufthansa had to bring the aircraft back to its original condition and verify its structural integrity – a job that involved some 1,300 airframe modifications.

A series of test flights will commence imminently, to validate the new flight control system and for pilot training, with a return to scientific flying on 5 May.

Novespace is a subsidiary of the French space agency, CNES, and also counts ESA and Germany’s DLR aerospace agency as its main customers. The plan is to continue to provide them with about 18 flights a year, but Gharib says that a programme of public “weightlessness discovery” flights introduced in 2013 through a Novespace operation called Air Zero G will expand, from three flights in 2014 and again in 2014, to six sorties per year.

These “discovery” flights have two purposes. One is to help communicate to the public the nature of this programme as a scientific venture. But the other is to raise revenue, to reduce the cost to CNES, ESA, DLR and other scientific users. With up to 40 spaces available on a public flight at €6,000 per seat, that cost-reduction potential is clearly not insubstantial.

The trick, says Gharib, is to offer a worthwhile number of public flights without cutting into the life of the aircraft – which he hopes will be 15-20 years, on a par with the outgoing machine.

The old Zero-G won’t fly again, but its mission as a science platform continues. Today, it sits on the tarmac at Cologne Bonn airport, which bought it from Novespace for €1. Soon, it will be craned to a position in front of the terminal building, where the airport plans to offer public tours of a unique aircraft.

“The more people who know about our activities, the better,” says Gharib. 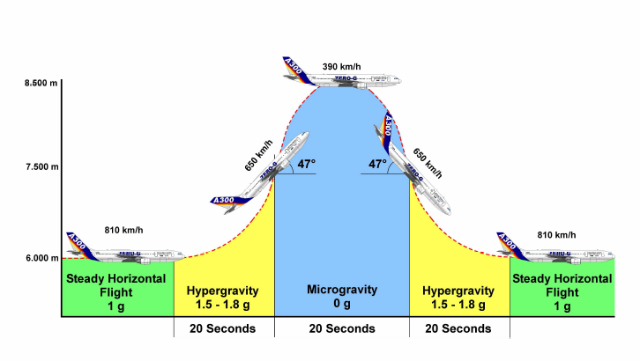