LAS CRUCES, New Mexico – Space tourists could be waiting up to two years to purchase tickets to ride Blue Origin’s New Shepard suborbital space capsule, with the company saying it wants to get much further through flight testing before offering its zero-gravity experience.

The first developmental flight in April might have validated the general New Shepard concept, but the vertical-takeoff, vertical-landing launch vehicle was not recovered.

Rob Meyerson, president of Blue Origin, says New Shepard will fly again by the end of the year, but the company is not ready to start offering tickets to space.

“We want to get through our test programme, and we have a number of tests to conduct,” he said at the ISPCS space conference in New Mexico 7 October. “We want to get into those flights autonomously without people onboard before we offer up those tickets, so probably two years away we’ll start to sell tickets, and prices we’re not ready to disclose.”

The hold on ticket sales indicates a high degree of caution going into the precarious business venture, particularly after the Virgin Galactic SpaceShipTwo disaster in 2014. 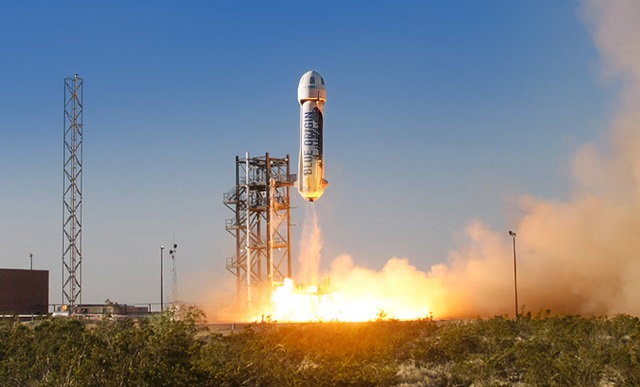 Despite losing the first test booster, Blue Origin is upbeat going into the second flight.

The first stage module is powered by the company’s liquid-hydrogen, liquid-oxygen BE-3 engine, which Meyerson says performed “flawlessly” during the Mach 3 boost phase, and the crew capsule was successfully deployed at 307,000ft.

“The in-space separation of the crew capsule from the propulsion module was perfect,” he says of the first flight. “Any astronauts on board would have had a very nice journey into space and a smooth return.”

According to Meyerson, producing a reusable, suborbital space vehicle for space tourism is just the first step in Blue Origin’s grander plan of eventually supporting “millions of people living and working in space someday”.

“We have a long-term vision to get there. Suborbital is the first step, orbital is that next step,” he says, adding that there are many other uses for New Shepard beyond space tourism, such as experimentation in microgravity.

New Shepard is designed to reach 328,084ft (100km) and is expected to last 11min with 4min of weightlessness and 3min of microgravity, the company says. It has a 24h turnaround time for relaunch and Meyerson says the crew won’t need pressurised spacesuits. 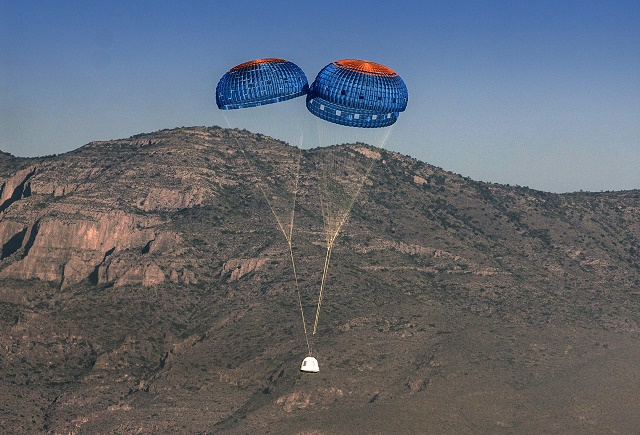