ESA presses on with missions to Mars

Of all the really big questions pondered by humankind, few generate as much animated interest as "are we alone?" We – and our animal, insect, plant and microbial cohabitors here on Earth – may or may not be the sole living creatures in the Universe. We may not even be alone among the cosmically inconsequential specks of dust that are our solar system.

This is a big question with enormous scientific and psychological implications. Discovering we are not alone would overturn many centuries of assumptions about our relative importance and even security. While we may one day discover life beyond our planet, the absence of proof that we do in fact share creation with some other living things merely leaves the question open.

Starting, sensibly, near to home, "are we alone?" can be more practically reframed as "is there life on Mars?" No small portion of the time, effort and money put into space exploration is directed at this question. Do not expect any answers at this year's Paris air show, but by the time the 2021 show opens at Le Bourget, we may be asking the question with some urgency.

Specifically, we will be asking the big question of a sophisticated automated biology laboratory to be carried around Mars on a quadbike-sized robotic rover named Rosalind.

Rosalind is named after Rosalind Franklin – the British chemist whose 1950s X-ray diffraction studies helped reveal the double-helix structure of DNA. Rover Rosalind, built for the European Space Agency (ESA) by Airbus Defence & Space in Stevenage in the UK, could not be more appropriately named. Revealing the name selection earlier this year at Stevenage, Alice Bunn, the UK Space Agency's international engagement director, said the selection committee jumped on Rosalind as the obvious choice from some 36,000 entries submitted from across ESA's 22 member states.

Whether or not this ExoMars 2020 mission – a partnership between ESA and its Russian counterpart Roscosmos, set to launch in summer 2020 for a nine-month interplanetary journey – finds life or its remnants on Mars, this memorial to Franklin is overdue.

Had she not died in 1958, aged just 37 she should reasonably have shared the 1962 Nobel Prize awarded to James Watson, Francis Crick and Maurice Wilkins for discovering the double-helix foundation of life – life on Earth, anyway. As ESA director general Jan Woerner put it: "This name reminds us that it is in the human genes to explore. Science is in our DNA, and in everything we do at ESA. Rosalind the rover captures this spirit and carries us all to the forefront of space exploration." 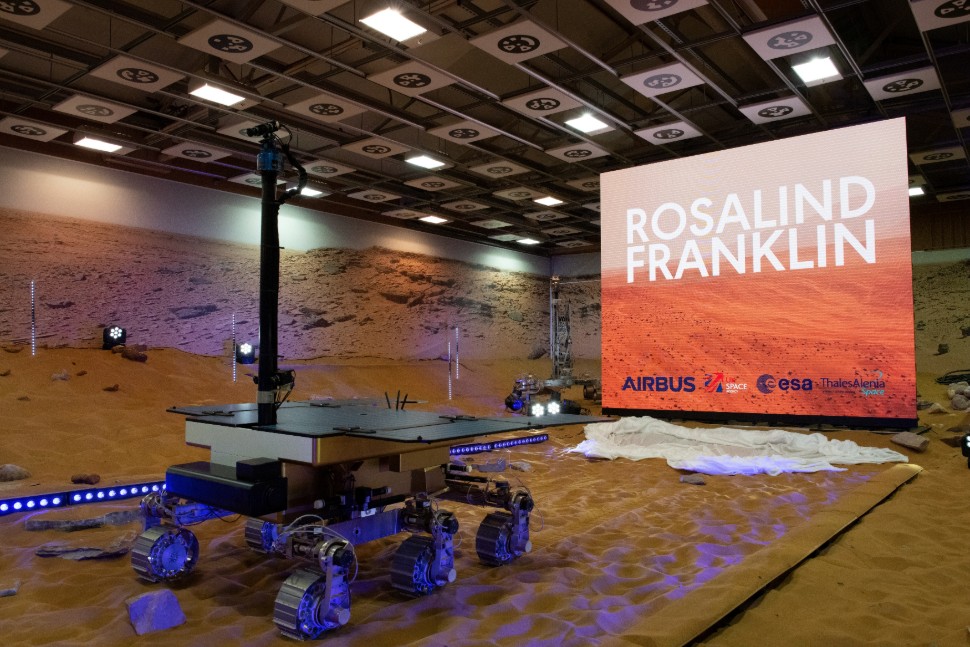 The 2020 mission is the second phase of the ExoMars programme. The first mission launched in 2016 and delivered ESA's Trace Gas Orbiter (TGO), a Martian satellite with a dual role. TGO arrived at Mars in late 2016 and spent a year in "aerobraking" manoeuvres – skimming the atmosphere to slow down enough to gradually reduce is highly elliptical insertion orbit to a broadly circular path for its operational phase.

As its name implies, TGO is scanning the atmosphere to detail its composition more precisely than is possible from Earth or via other orbiters. ESA's still-operational Mars Express, for example, identified traces of methane in 2004. First results from the far more sensitive TGO, published earlier this year, reveal methane in tiny concentrations. Historical observations of methane suggest variation of its atmospheric concentration, so while methane can arise from geological processes, seasonal variation might imply biological origin.

TGO's second purpose is to act as a communications relay, working in conjunction with Mars Express and NASA's Mars Reconnaissance Orbiter. Critically, TGO will be Rosalind's comms link to Earth during its 2021 entry, descent and landing, and the spacecraft is already being manoeuvred to ensure it will be in the right orbit at that critical time.

A second half of the 2016 mission fared less well. To test entry, descent and landing technology for the rover mission, a stationary landing platform named Schiaparelli – after the 19th Century Italian astronomer Giovanni Schiapparelli, who mapped the planet's surface features – accompanied TGO to Mars. The two separated on approach to the planet, but while the orbiter has performed flawlessly, Schiaparelli – designed for the entry, descent and landing test and then to survive on battery power for just a few days to support a science payload – hit the ground hard and was destroyed.

Landing on Mars is notoriously difficult, as the atmosphere is too thin for effective use of parachutes alone but thick enough to demand elaborate shielding to protect a spacecraft from the heat generated as it enters the air at hypersonic speed; parachutes, heat shields and rockets are all needed to land safely. Your correspondent, on the sidelines of the Rosalind naming event, made the mistake of asking Woerner what seemed at the time like a quite reasonable question: was he confident, after the Schiaparelli failure, of getting Rosalind safely to the surface?

"Schiaparelli," he shot back, "was not a failure". This mission was, after all, a test. And, in that test the heat shield worked, the parachute worked, separation of the heat shield and parachute worked, engine start worked. The computer stopped the engine too early, after just 3s instead of 30s – the lander's rate of rotation after about 3min in the atmosphere was high enough to "saturate" the sensors, leading the computer to believe it was below ground level – and so "we had a hard touchdown". But in any case, ESA got all of the data and understands very clearly what went wrong.

In short, Woerner is confident of success in putting Rosalind on the surface.

But he went on to stress that language is critical. The European press, he laments, is quick to talk of "failure". Compare coverage in Europe and the USA of SpaceX's first attempts to recover, by fly-back and soft landing, a Falcon 9 rocket booster. In the UK and Europe, flames-smoke-kaboom was "failure" – but the US press shouted: "Almost!" In Europe, urges Woerner, "we have to change our culture".

Meanwhile, Rosalind may have a name but work continues apace to make her ready to fly. Multiple shifts have been working in Stevenage to build and test a flight-ready rover, and its surface science platform has been delivered from Russia to Italy for integration with the German-built carrier module that will ultimately transport all the pieces to Mars on board a Russian Proton-Breeze rocket. David Parker, ESA's director of human and robotic spaceflight, told FlightGlobal in Stevenage that 1,000 people in Europe are associated with this project. ESA alone has 40 people dedicated to it and a budget of €150m ($165m per year).

Ultimately, ExoMars is a triumph of international co-operation. The programme dates to early-2000s European concepts for Mars exploration, but was derailed in 2011 when cash-strapped partner NASA – the launch and transit-to-Mars provider – had to drop out. Fortunately, Roscosmos soon stepped in with Proton rides for both segments and some scientific payloads.

Then, with the TGO-Schiaparelli mission already in deep space, the 2018 follow-up wobbled over cost worries and concerns that the hardware would not be ready in time. The 2018 launch was pushed back to 2020 – Mars and Earth are at their closest every two years. Speaking at Stevenage, Woerner warmed to a favourite theme, praising the Russian partnership; despite the "Earthly crisis" that may seem to characterise today’s east-west geopolitics, it is right to work together.

Beyond ExoMars – and no-one would head a space agency without a penchant for looking to the future – Woerner says the dream remains to send astronauts to our nearest celestial neighbour. However, he stresses, there is much work to be done.

Critically, we need the technical ability to bring a crew home in the event of mishap. Where the Apollo 13 mission could avert tragedy by flying its stricken spacecraft around the Moon to return home in a couple of days, no such flightplan is possible for a crew that finds itself in trouble months away in deep space. We also need to understand much better some basic science, such as the radiation risk to a Mars mission crew, , Woerner adds.

Ultimately, he notes, for Apollo 11 there was a 50% chance of success – and we would never take such risks today. A human mission to Mars will happen, but not soon.

And, he says, when it does happen – or when it starts to look possible – we cannot resurrect the Apollo notion of a space race. Co-operation, he says, is the future. Competition is a driver, but "co-operation is an enabler". 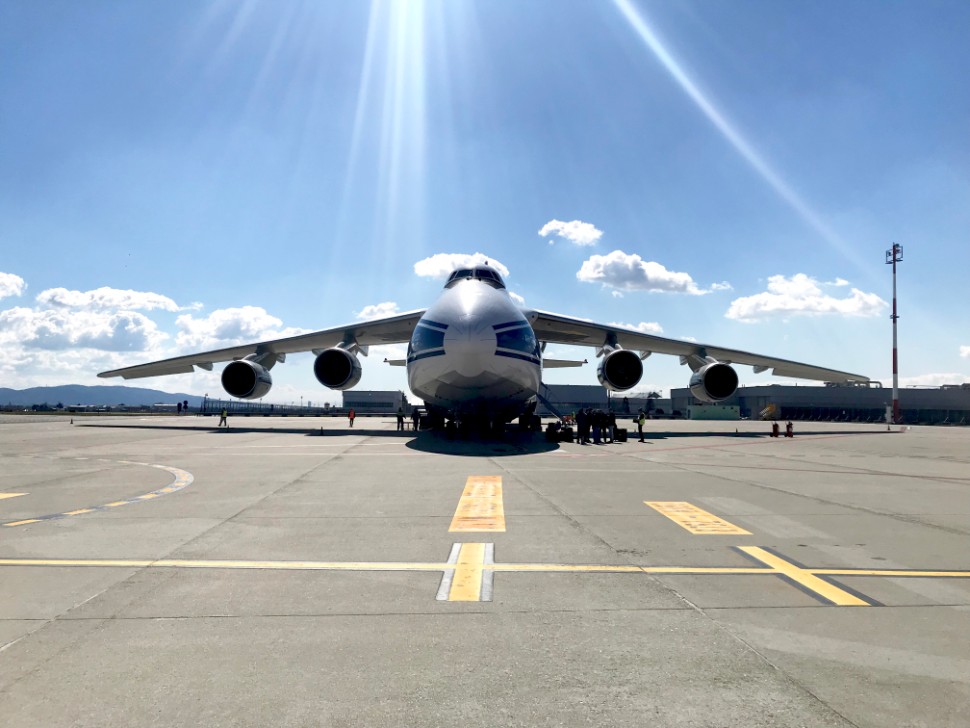