Commercial spaceflight start-up Blue Origin has achieved a historic first by vertically landing and recovering the launcher stage of the New Shepard suborbital system after delivering a payload to space.

Several attempts by Elon Musk’s SpaceX to vertically land its Falcon launch vehicle have failed, but the process continues to be refined. Masten Space Systems of Mojave, California, is also pioneering the technology.

The company built its unconventional New Shepherd space vehicle to carry paying customers 328,000ft (100km) into space for about 4min. Unlike the Virgin Galactic SpaceShipTwo programme, Blue Origin has not begun selling tickets to space and hopes to get further through development before accepting space tourists and carrying science experiments. 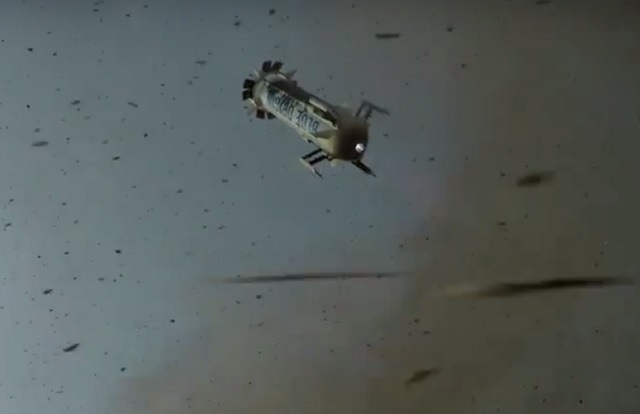 The booster stage comes in for landing.

The single-stage, liquid hydrogen/liquid-oxygen-powered rocket lifts the manned capsule into space before returning to Earth for reuse. The space capsule and its occupants land separately via parachute.

According to the company, Monday’s flight reached 100.5km and a top speed of Mach 3.72. The rocket stage descended somewhat gracefully, touching down at 4.4mph (7.1km/h) on what could amount to a helicopter pad in the desert.

“Eight large drag brakes deployed and reduced the vehicle’s terminal speed to 387mph [623km/h]; hydraulically-actuated fins steered the vehicle through 119mph [191km/h] high-altitude crosswinds to a location precisely aligned with – and 5,000ft [1,524m] above – the landing pad,” the company says in a statement. “Then, the highly-throttleable BE-3 engine re-ignited to slow the booster as the landing gear deployed and the vehicle descended the last 100ft at 4.4mph to touchdown on the pad.”

“We are building Blue Origin to seed an enduring human presence in space; to help us move beyond this blue planet that is the origin of all we know,” the company says. “We are pursuing this vision patiently, step-by-step.” 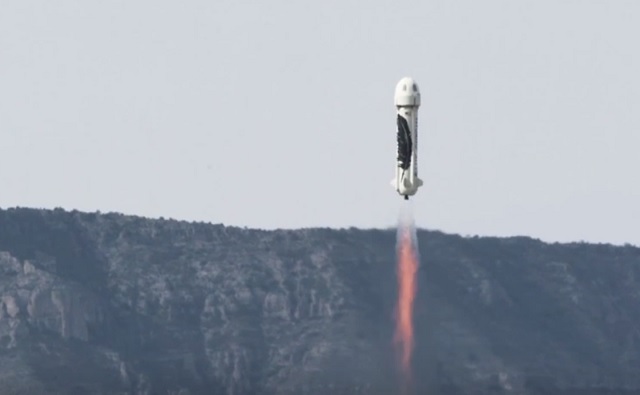 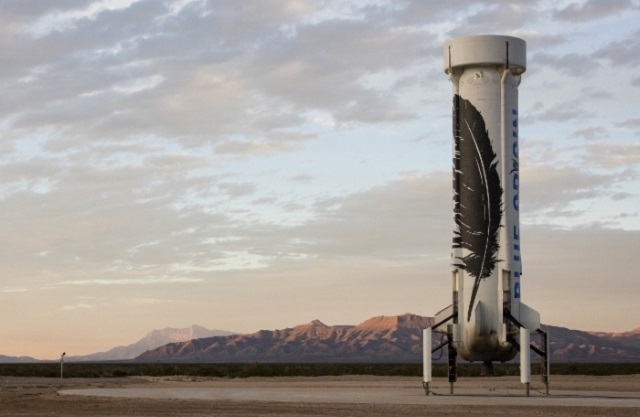