A month later than planned, Samantha Cristoforetti (of Italy), Anton Shkaplerov (Russia) and Terry Virts (USA; pictured right to left) returned safely to Kazakhstan on 11 June, following a 3h ride from the International Space Station in their Soyuz capsule (pictured prior to undocking).

The trio would have come home in early May after a standard six-month stint in orbit, but the failure of an uncrewed Russian supply mission prompted caution and gifted Cristoforetti – who made two spacewalks and attracted 493,000 Twitter followers – both the space endurance record for a woman and for a European Space Agency astronaut. 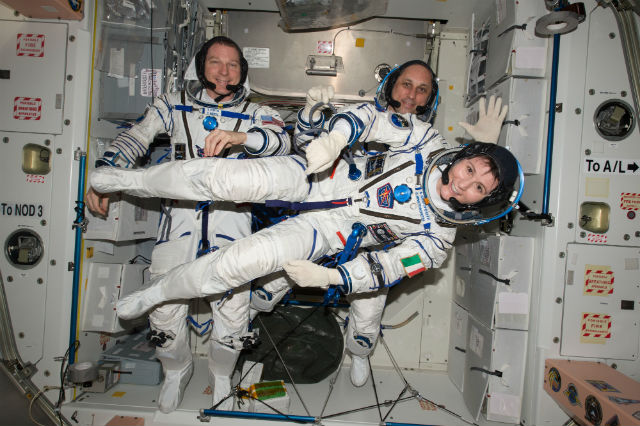 Terry, Anton and Samantha testing suits for the ride home 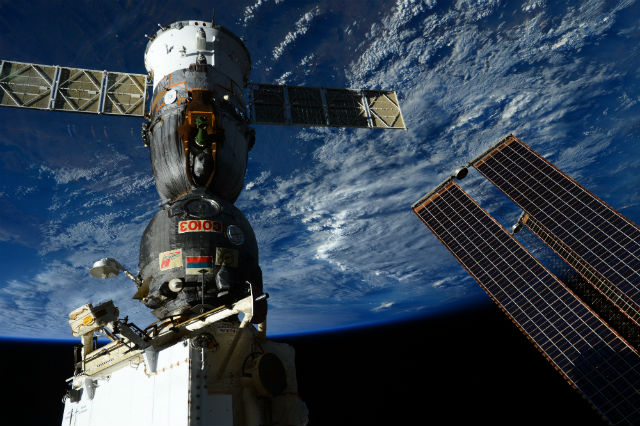 Soyuz_TMA-15M docked to the ISS