John Young was the original “steely-eyed missile man”. The master of understatement, he gave a typically laconic response on his decision to be an astronaut.

It was after hearing President Kennedy’s famous address about landing a man on the Moon and returning him safely to Earth. “I thought returning safely to Earth sounded like a good idea,” he quipped.

True to Kennedy’s word, Young blasted off six times from Earth on board various spacecraft and returned safely. When he finally hung up his helmet in 1983, he was the astronaut with the most spaceflights and remains the only one who flew three different spacecraft – Gemini, Apollo and the Shuttle.

But even Young’s renowned sangfroid melted after he and fellow astronaut Bob Crippen brought the Space Shuttle Columbia back to Earth after a tense maiden mission in April 1981 – the first time a new space vehicle had been manned on its debut test flight. 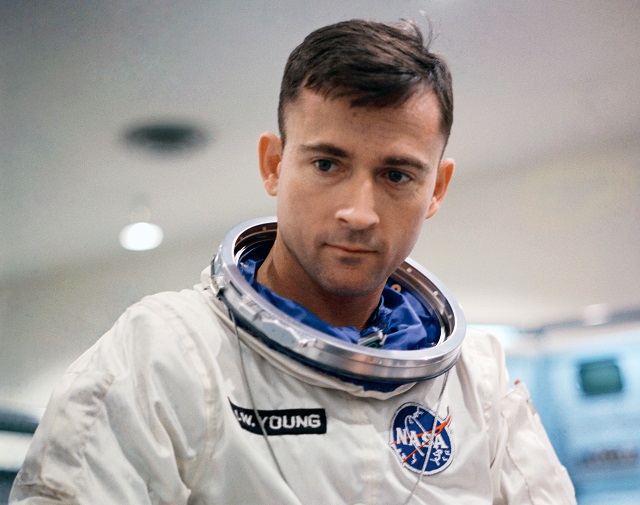 In his book Into the Black, Rowland White describes how, after landing on the vast dry lake bed at Edwards AFB in California, Young – who at that time was aged 51 – was bubbling with excitement. Eager to get out and check over the vehicle, Young could not sit still and impatiently clambered up and down the ladder between decks.

After threatening to open the hatch himself, Young was finally released, bounded down the steps and immediately begin an impromptu post-flight inspection. Whooping and punching the air with joy, Young was clearly delighted, as well as amazed that NASA had “pulled it off”, writes White.

Born in San Francisco in September 1930, John Watts Young grew up in Florida, where one of his favourite pastimes was building model aircraft. After graduating in 1952 with an aeronautical engineering degree from Georgia Tech with the highest honours, Young joined the US Navy, where he flew fighters before training as a test pilot. He served three years at the USN’s Air Test Center before being lured to NASA and ultimately the Moon. But before he did, on 3 April 1962, Young – then a USN commander – set a time-to-altitude world record by taking a McDonnell Douglas F-4 Phantom to “25,000m” (82,021ft) in 3min 50.44s.

That rapid ascent was good practice for what was to come in March 1965, when Young blasted off alongside Gus Grissom on the first manned Gemini mission. “We were just thinking about doing the job right,” he said of his preparations.

Young flew a second Gemini mission in July 1966 as commander, alongside Michael Collins, and just under three years later, participated in a dress rehearsal for a Moon landing – Apollo 10. This May 1969 mission, on which he served as command module pilot, travelled all the way to the Moon, where it carried out a lunar module/command module rendezvous.

Returning to the Moon in April 1972 as commander of Apollo 16, it was Young’s turn to land. After arriving on the lunar surface with Charlie Duke, Young described the Moon as “a very nice place”. The two crewmates then explored the lunar highlands in the lunar rover. 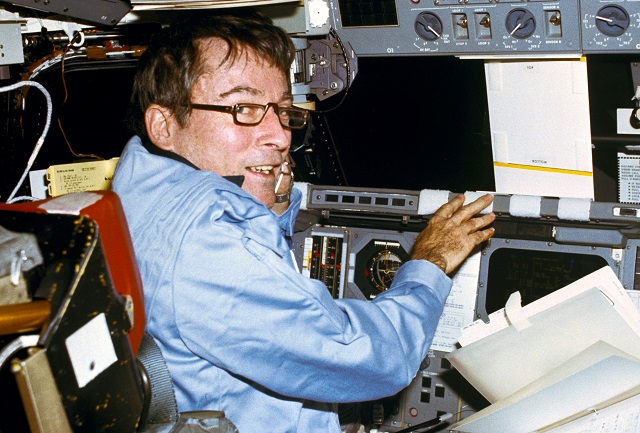 It would be nine years until his next ride into space, as commander of Columbia on mission STS-1 (above). His second and final Shuttle mission was STS-9 in late 1983, again on board Columbia.

During his six spaceflights (and seven blast-offs, including the one from the Moon), Young logged a total of 835h. He went on to serve as special assistant to the Johnson Space Center (JSC) director, and also became its associate director (technical) in February 1996 before finally retiring from NASA in December 2004, aged 74.

“The astronaut’s astronaut, a hero among heroes who fly in space,” was how then JSC director Jefferson Howell described Young on his retirement. But the last word goes to the laconic man himself. After steering Columbia into orbit in April 1981 and jettisoning the big white external tank, Young told Houston: “That was one hell of a pleasant ride… I recommend it.”