The Crew Dragon attached to the forward port of the ISS’s Harmony module via a “soft capture” at 05:51 EST on 3 March while traveling in an orbit of more than 250 miles above the Pacific, just north of New Zealand (below). The docking occurred after the capsule had completed 18 orbits following its launch from the Kennedy Space Center early yesterday (2 March). 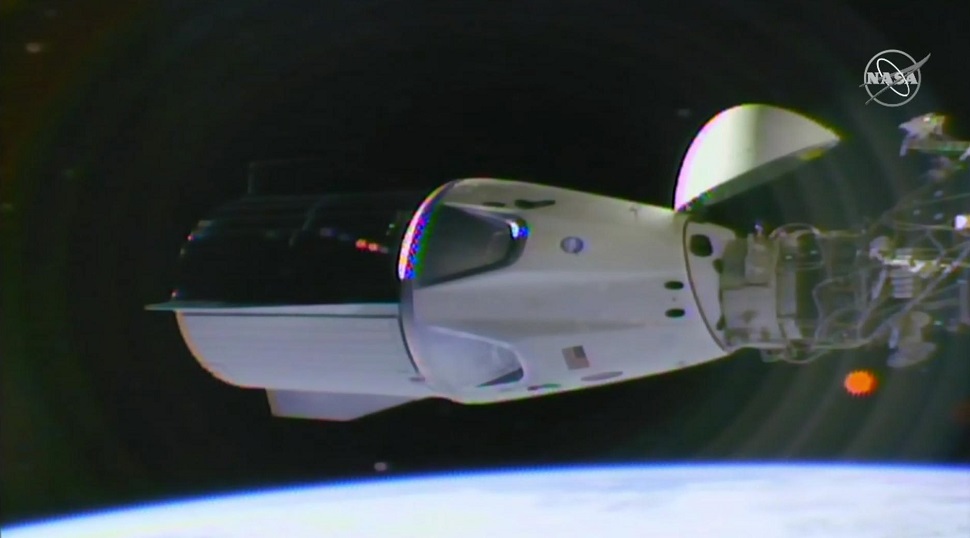 The Demo-1 test flight is SpaceX’s inaugural mission with Nasa’s Commercial Crew Program. The mission marks an important step in restoring the USA’s human launch capability, which has had to rely on Russian hardware to tender the ISS since the last space shuttle mission in 2011.

NASA says that during its approach to the ISS, Crew Dragon demonstrated its automated control and manoeuvring capabilities by positioning to a point about 150m (492ft) from the station then reversing to a distance of 180m, before making the final docking sequence from 20m. 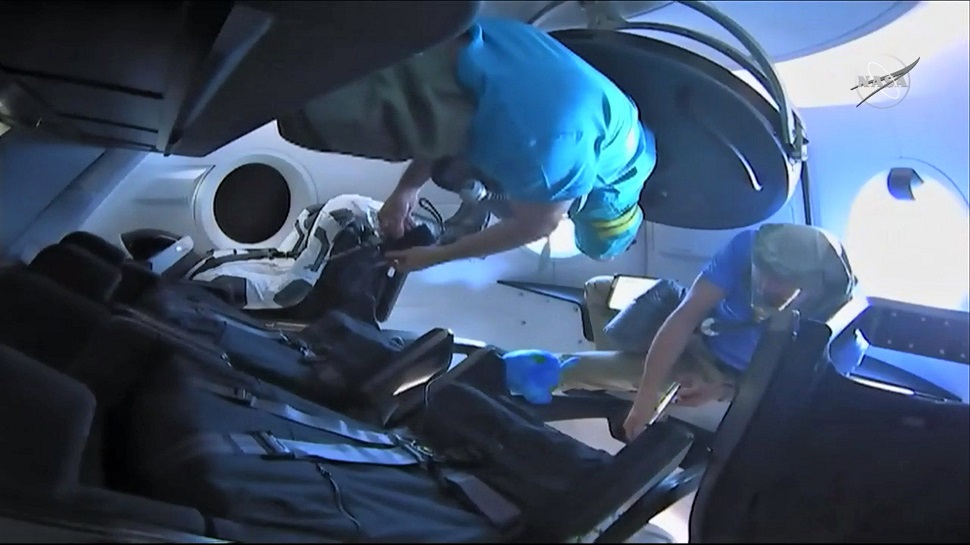 Approximately 2h 15min after the docking, Expedition 58 astronauts onboard the ISS opened the Crew Dragon hatch and entered the capsule (above). Here they were able to inspect the supplies carried aboard for the ISS as well as the “Ripley” life test device (named after the astronaut character from the Alien films) which is providing data on potential effects on humans travelling on board Crew Dragon.