The first commercially-built and operated US crew spacecraft design is due to dock with the International Space Station on 3 March, following its successful launch from the Nasa Kennedy Space Center earlier today.

The Falcon 9 rocket, controlled by SpaceX, blasted off at 02:49 EST (07:49 GMT) on 2 March from Kennedy’s Launch Complex 39A carrying the SpaceX Crew Dragon capsule on an unmanned test flight to the ISS. Once stage separation had been completed, the Falcon 9’s first stage landed on the “Of Course I Still Love You” droneship in the Atlantic Ocean. 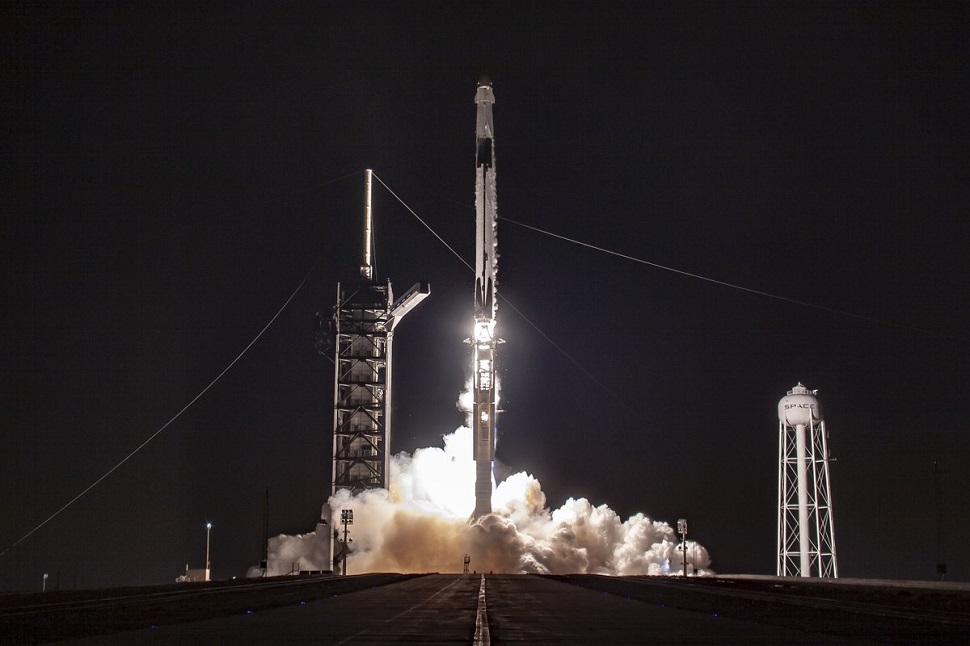 The test flight, designed “Demo-1”, is SpaceX’s inaugural mission with Nasa’s Commercial Crew Program which the agency describes as “an important uncrewed mission designed to test the end-to-end capabilities of the new system”.

The Crew Dragon is due to dock with the ISS in low-Earth orbit at 06:05 EST on 3 March.

The mission marks an important step in restoring the USA’s human launch capability, which has had to rely on Russian hardware to tender the ISS since the last space shuttle mission in 2011. 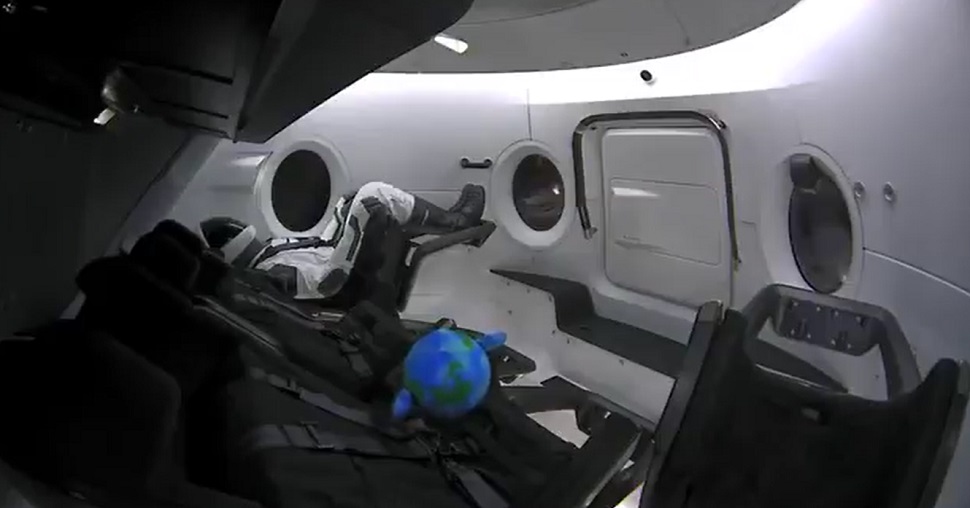 The "Ripley" astronaut test device inside Crew Dragon in orbit

For Demo-1, Crew Dragon has a payload of “over 400lb” (200kg) of crew supplies and equipment for the ISS, and will return to Earth with research samples. The capsule is also carrying a lifelike test device – dubbed “Ripley” (after the astronaut character from the Alien films) - to provide data on potential effects on humans travelling on board.

Once operational, Crew Dragon will launch with up to four crew and more than 100kg of cargo.