As Britain loosens its ties with Europe, it will find itself having to protect the space-reliant aspects of its national security and economic interests in a world characterised by an accelerating US-China space race

Post-Brexit Britain faces stark choices bearing on its national security as it seeks to grow – and protect – critical capabilities in communications, navigation and finance that are increasingly reliant on space-based technologies. And, warned a panel of experts meeting in London last week, those choices will be heavily political as the country distances itself from Europe while grappling with the fallout from an escalating US-China space race.

During a 12 March British Foreign Policy Group event titled “Beyond Global Britain – UK foreign policy in space”, UK Space Agency international programmes director Alice Bunn noted that while exploration is a very visible platform for spacefaring nations to make geopolitical statements, the 1960s space race ended with the USA and Soviet Union making a rapid “pivot” towards co-operation. But, she says, after an era characterised by joint efforts in areas like meteorology and ultimately the International Space Station, the world today is “pivoting back to competition”: the USA is focused on the Moon and China is demonstrating a wide range of capabilities. 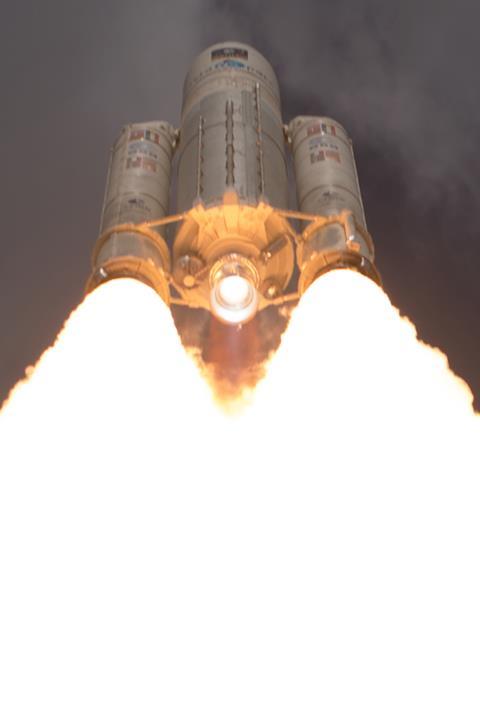 Airbus senior strategist Liz Seward underscores that, for the UK, Brexit is the overarching political issue that will guide London’s foreign policy choices. In the domain of intelligence, for example, she asks, will a UK less bound to Europe remain reliant on its partners in the “five eyes” group of English-speaking nations: Australia, Canada, New Zealand, the UK and the USA? Or will it look to build security relationships with other partners – India or Japan, for example?

The UK’s political decisions, then, will necessarily guide its industrial policy in space, and may answer questions such as whether or not it should develop an independent satellite navigation system to make up for its departure from the EU’s Galileo programme. As Bunn observes, the UK has declared much ambition, for example in its long-standing objective of commanding 10% of the global space economy by 2030 and investment that includes record commitments made in late 2019 to European Space Agency (ESA) programmes. The UK is strong in the manufacture of satellites and components, as well as downstream services, and the next couple of years will also see the advent of some independent launch capability. But, says Bunn: “So far the UK is not in general a contributor of operational capability.”

“What next?” is the key question, she says, adding: “Should the UK do more?”

Seward adds context, observing that even with its new ESA spending levels, the UK will “always be a little player”, even behind France and Germany. However, she stresses the country’s financial markets and technical expertise make a strong ecosystem for start-ups and small companies, so in that regard, the UK is a leader in space.

But for the UK to find, as Bunn puts it, a “role” in this new space race, the panel agreed that the government must set clear strategic priorities and embrace big projects, which it has traditionally shied away from in space. Michelle Howard, a defence expert and strategic policy adviser who leads the Foreign Policy Group’s “D” unit, says government efforts to help space sector companies would be more powerful if it were clear on strategy and goals – and was prepared to follow the lead of bigger space powers such as France, Germany or the USA and boost early-stage development of ambitious projects by signing on as a customer.

As Howard puts it, the growing importance of space to our everyday lives – bearing on travel, navigation, payments, telecommunications, maritime surveillance, flood monitoring, and so on – means the industry has a “compelling” story to tell, as the impact on security and the economy cannot be overestimated. She cites a report by London Economics estimating that disruption of space infrastructure could cost the UK economy £1 billion ($1.23 billion) per day.

Balancing cost and capability is, says Seward, “a question of money”. France and Germany have very well-established national space programmes, and they fund the research and development that delivers on key objectives. Britain, she notes, tends to buy what is made, putting the investment burden more squarely on industry. The country needs to spend more, she believes, but says “we’re not so far behind” – echoing a key theme of the event, that the UK needs not to simply follow France or Germany, but to decide what it wants and then employ smarter, more cost-effective procurement strategies.

The panel returned several times to the need for London to set out clear strategic goals. Howard notes that while much hope was placed in the recently formed – but yet to meet – National Space Council as a single, responsible body that could give industry a clear lead, it remains unclear whether it would have the authority to drive a budget-backed industrial policy. Asked what the government should do to protect its critical space infrastructure – for example whether it is squarely in the national interest to have an independent satellite navigation system – Bunn observes that the post-Brexit world represents a broader policy challenge than space. So, she asks, what are the UK’s goals?

Joanna Hart, development manager at the Harwell space industry and research cluster near Oxford, wants to see the National Space Council take strategic decisions on, for example, which companies to back, which means the government has to be prepared to take a risk on success or failure. She stresses that with a clear infrastructure, capability or service objective – and the government committed as an anchor customer – companies would be competing for contracts with clear objectives.