Fifty years ago this month, a manned spacecraft blasted off on what Flight International called "the greatest technical experiment ever made – in terms of effort and money", when three US astronauts became the first human beings to slip the surly bonds of Earth. 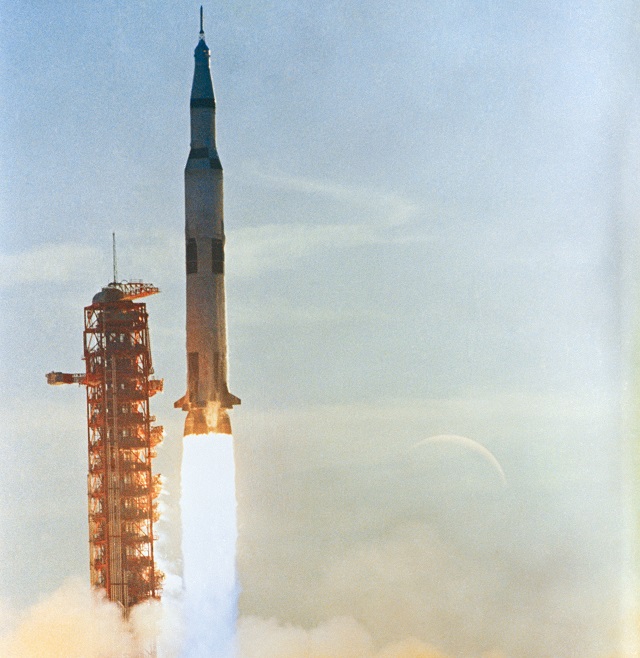 It's hard to overstate the significance of the Apollo 8 mission, which left Cape Kennedy on 21 December 1968 and returned safely to earth six days later. We wrote in our 2 January 1969 issue: "Since our first issue 60 years ago today Flight has recorded many feats of technology, navigation and courage that have astonished and changed the world. None ranks with [Apollo 8]."

Our report from 50 years ago explained how the primary task of Apollo 8 was to "survey the Moon's surface in preparation for the first American landing".

The successful completion of the mission, which ended with a night-time splashdown in the Pacific on 27 December, meant "for astronauts Frank Borman, James Lovell and William Anders, deep personal satisfaction; for America, an event of rarely equalled national prestige; for the world, man's first-ever interplanetary flight," wrote Flight.

Describing how "a breathless world" watched live coverage of the final 20min of the countdown to launch, Flight wrote: “At T-6sec the five F-1 engines of the first stage ignited, built up to thrust, and were checked." We added: "Apollo 8 lifted from Pad A, Complex 39, one-sixth of a second late." 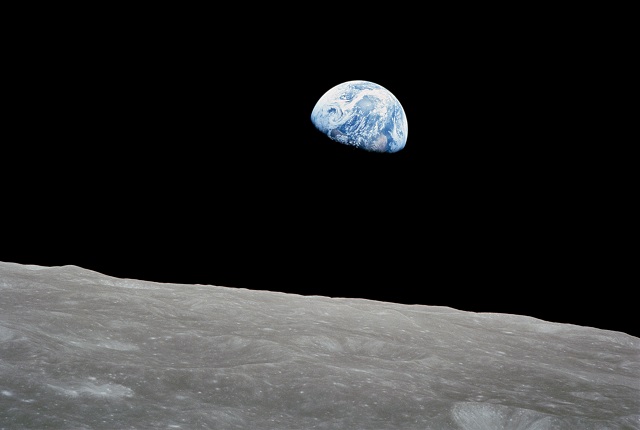 Earthrise: Apollo 8 captured this iconic image of the Earth and the moon

This burn was witnessed by thousands of people in Hawaii, Flight reported, adding: "Generating a speed of 24,227mph [39,005km/h] before cut-off, the burn was, in the words of the Manned Spacecraft Centre at Houston, 'exactly nominal'.

"'Staging was smooth and the ride now is even smoother,' commented Borman laconically, travelling faster than man had ever done before."

En route to the lunar orbit, Borman, who had initially been unable to sleep, became the first US astronaut to take a sleeping pill – and subsequently slept for 5h.

Once in orbit around the Moon, the crew gave the first of a series of television broadcasts, by which time Apollo 8 was "138,000 miles" from Earth and had slowed to "3,623mph". 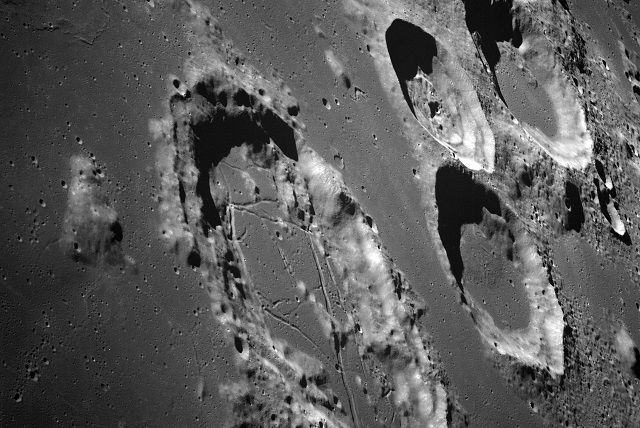 The Moon had never been viewed this close before

Although video quality in the first transmission was poor, Flight reported: "On Monday evening another TV transmission was made showing the Moon from a distance of 100 miles. This time video reception was excellent, quite the finest ever experienced from any spacecraft."

Flight added: "We learned that a cluster of craters had been named Borman, Lovell and Anders ­­– a fitting tribute to the first men to view the Moon from such close quarters."

With the spacecraft in a "69-mile circular orbit", Apollo 8 began its 10 circuits and began the primary task of the flight, said Flight: "The photography of the Moon and particularly of the sites which have been chosen for the first landing next year."

Flight went on: "Apart from the prosaic commentary on the Moon and the condition of the spacecraft, the crew read with becoming humility the passage from the Bible describing the Creation (this idea, one suspects, was due to Borman who, together with his other accomplishments, is a lay preacher)." 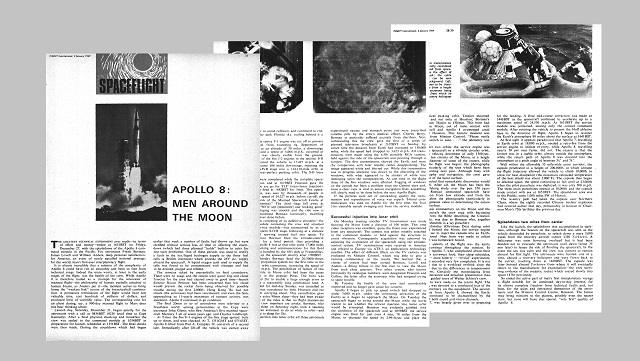 Apollo 8’s journey home began on Wednesday 25 December during orbit no. 10, with a 3min 46s burn of the service engine while still behind the Moon, to inject the capsule into an Earth return path.

Reflecting on this epic and entertaining Christmas expedition to another heavenly body, Flight wrote: "One of the notable aspects of the flight was the amity which appeared to continue throughout the mission. In contrast to the crew of Apollo 7, who complained about their medical harnesses, their too-sweet food, their sleep schedules, TV transmissions and – most bitterly – 'trivial' experiments, the Apollo 8 astronauts recorded very few complaints.

"It is not clear whether this was due to a workload re-think since the last mission, or simply due to the differences in temperament between the two crews. Certainly the transmissions from Apollo 8 had a more restrained and detached presentation than the colourful, extrovert guided tours of Walter Schirra's crew." 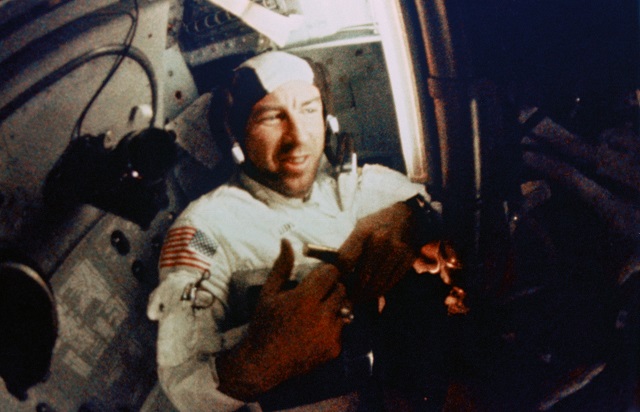 Astronaut James Lovell during the trip to the Moon

The Apollo 8 command module's splashdown was "a mere 5,000 yards" from the recovery aircraft carrier USS Yorktown. The astronauts were hoisted, one at a time, aboard a recovery helicopter and were flown back to the carrier.

"So ended the active part of man's first interplanetary voyage – a flight notable for its continued day-to-day interest, for its almost complete freedom from technical faults and, not least, for the quiet and restrained demeanour of the astronauts and the Mission Control Centre, Houston," said Flight, concluding: "The future may bring missions to the planets, possibly even the nearer stars; but none will have that special, 'very first' quality of Apollo 8." 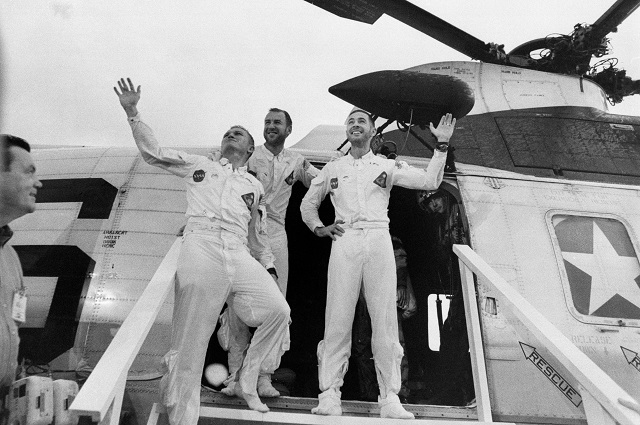 Safely back on Planet Earth after an extra-ordinary seven days