The European Space Agency this week declared a “new chapter in solar system exploration”, as its Rosetta spacecraft achieved the first ever rendezvous with a comet.

Other spacecraft have managed brief comet fly-bys, but Rosetta has managed to get unprecedentedly close to 67P/Churyumov–Gerasimenko – the image below was taken on 6 August from a distance of just 130km (81 miles). 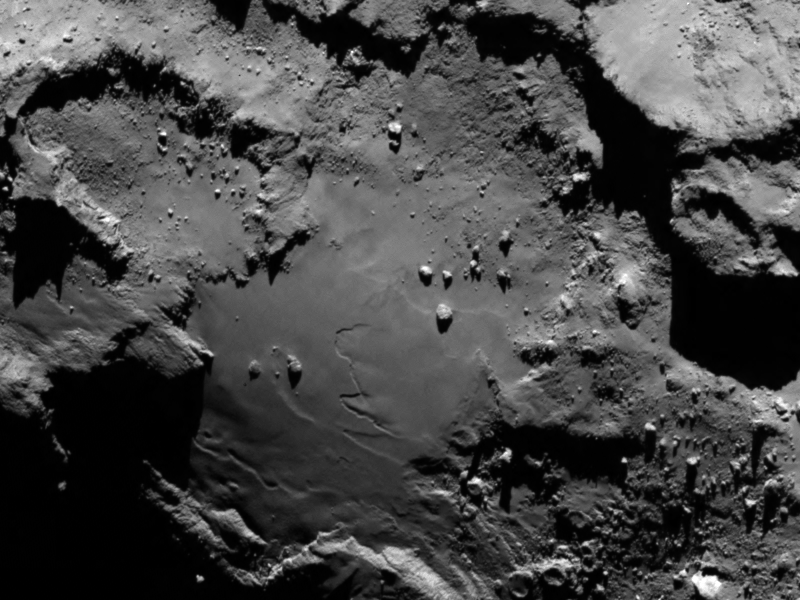 In escorting Churyumov–Gerasimenko towards the Sun for 18 months, Rosetta – and its lander Philae – promises to offer a treasure trove of data about a class of space rock that in the early solar system may have seeded Earth with water and organic molecules.

In later impacts, comets may have reshaped the planet – and doomed the dinosaurs.

For now, however, the focus is on the achievement of Rosetta’s journey to the rendezvous some 405 million km from Earth.

To date, the mission’s 10-year flight has covered 6.4 billion km in five loops around the Sun, and required three slingshot fly-bys of Earth and one of Mars.

Power management dictated a 31-month hibernation period, and since “waking up” on 20 January this year, ESA flight directors have made a series of critical course adjustments.

Now, mission control in Darmstadt, Germany must learn to fly around the comet – its gravity is too small for a standard orbit – and search for a touchdown site for Philae, which is scheduled for release on 11 November.