Sierra Nevada Corporation’s Dream Chaser could resume flight testing in early 2016 following the repair and upgrade of the first engineering test asset that crash-landed in October 2013.

One hydraulic landing gear failed to deploy on that atmospheric free-flight test, but data gathered during the largely successful experiment has informed several improvements and design changes, particularly relating to the composite wings and aeroshells.

Now, SNC expects to deliver the spacecraft to NASA’s Armstrong Flight Test Centre in California within the next three or four months, according to the company’s space systems chief, Mark Sirangelo.

“Flight testing will start in the first quarter of 2016,” he says. “Initially it will be a drop-launched, but then from there it will move to a towed launch.” 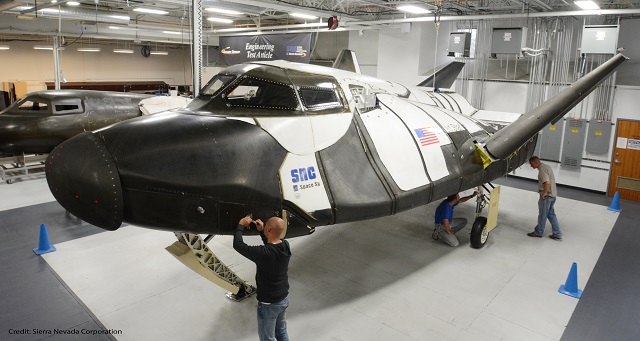 The Dream Chaser test vehicle has been refurbished and improved ahead of its second flight test phase.

The lift-body spacecraft will be trialled in an expanded flight envelope, with greater altitude and speed than in the first trial.

Meanwhile in Fort Worth, Texas, Lockheed Martin has completed the main composite fuselage of the first fully-configured Dream Chaser orbital vehicle, which has been updated to accommodate folding wings, which will allow it to snuggly fit inside the standard 5m payload fairing of multiple launch vehicles, such as the United Launch Alliance Atlas V and Delta IV or Arianespace Ariane 5.

The fuselage will soon be delivered to SNC’s plant in Colorado for assembly and integration.

The return to testing comes as the US commercial space industry awaits a source-selection decision from NASA about which companies will resupply the International Space Station from 2018 to 2024. 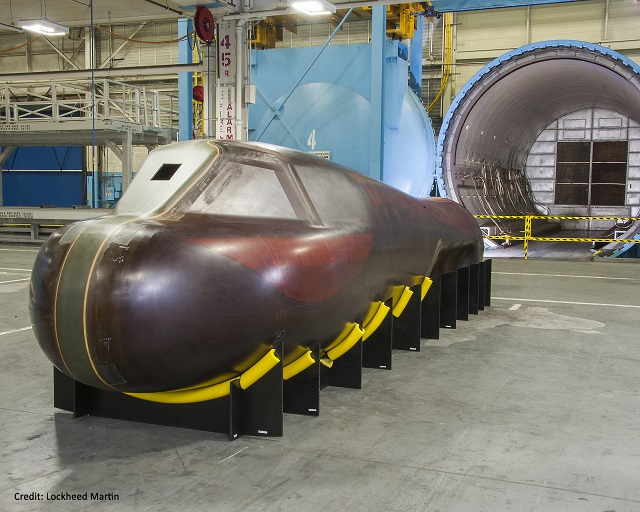 SNC's Dream Chaser orbital vehicle cabin assembly has been fabricated at US Air Force Plant 4 in Fort Worth, Texas by Lockheed Martin.

Sierra Nevada lost to Boeing and SpaceX for the Dream Chaser’s original mission – commercial crew transportation for NASA. The loss of that multibillion-dollar Commercial Crew Transportation Capability (CCtCap) contract to Boeing’s CST-100 and the SpaceX Dragon 2 was a significant blow, but SNC is hoping for a reversal of fortune with this next contract opportunity – expected to be announced by NASA in early November.

If successful, Sirangelo says Dream Chaser could be ready for its first orbital mission in late 2018 or early 2019.

“For the last year, we were not part of the crew downselect and a lot of people thought that would be the end of the programme,” says Sirangelo. “We’re a pretty resilient team. We don’t like giving up.”

Significantly, the engineering test vehicle is receiving updated software, which is the same software that will be employed in full orbital missions. Testing of SNC’s Orbitec Vortex propulsion system is also progressing, with an undisclosed number of hot firings.

Despite missing out on the commercial crew contract and the landing gear failure (not a production-representative component), SNC insists the programme is in a stronger position now than in 2013.

“What’s different now from a few years ago is, we have real vehicles and we’re well into development,” says Sirangelo. “The vehicle is highly mature and into flight test, so the idea of taking it and moving it to the next level should we not win the cargo programme is much more viable than it ever was.

“People thought perhaps we couldn’t do this when we weren’t selected for commercial crew programme – but in fact, we’ve moved faster and developed a whole second variant to the vehicle in that time.”