SpaceX has successfully launched an updated variant of its Falcon 9 rocket, dubbed the v1.1.

The flight marks a number of firsts, including the first launch of the v1.1 – a substantial modification of previous Falcon 9s – the first launch from SpaceX’s new pad at Vandenberg AFB, California, and the use of a larger nosecone capable of carrying bulkier cargo.

Despite carrying Canada’s Cassiope satellite and several smallsats, all of which were successfully placed into orbit, the launch was widely considered a test of SpaceX’s new launch systems. Consequently, the Canadian Space Agency received an extraordinarily good launch price, and came nowhere close to maximizing Falcon 9 v1.1’s capabilities.

Additional core stage fuel was to be used to reignite the engines twice before crashing into the ocean. The first reignition went according to plan, but the second put the stage into a spin. Much of the wreckage was recovered, and SpaceX says it understands what went wrong and how to correct it. 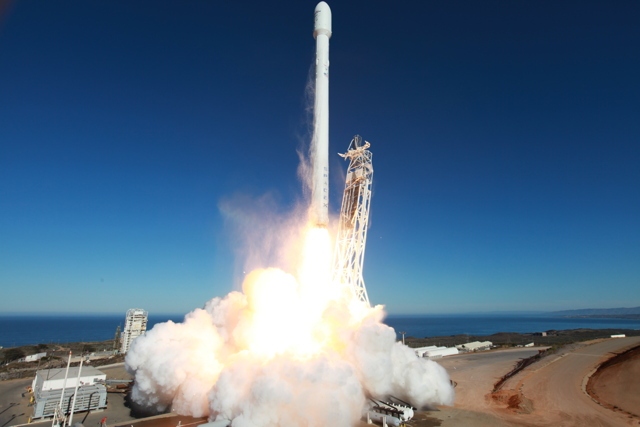 A planned second stage reignition, to be conducted after satellite separation, also failed, but SpaceX says it also understands the issue and how it can be rectified.

The reignitions of both stages are crucial to SpaceX’s business plans. The second stage ignition is crucial to putting satellites in certain orbits, notably the geostationary orbit often used by large communications satellites. In other launch systems, second stages shut off and reignite as many as five times, sometimes hours apart, in order to finesse orbits. The core stage reignitions were meant to test reusability technologies: SpaceX intends to eventually build fully reusable rockets, which requires retrofires precise enough to land the core stage softly on land.

SpaceX currently tests reusable technologies using the Grasshopper, essentially a Merlin fuel tank and engine, which has flown to a hover and safely touched back down several times. An additional vehicle, informally dubbed the Grasshopper II, is planned for more comprehensive testing.