Tim Peake displays the 'Right Stuff' for astronauts in 2015

When Tim Peake blasts off for the International Space Station on 15 December, the first British astronaut since Helen Sharman in 1991 will be flying more flags than just the Union Jack. Aviators of all nations will see, roaring to orbit, affirmation of their very own version of the "Right Stuff".

Because British army Major Peake, like so many astronauts past and present, is – perhaps first and foremost – a flyer; helicopters in his case, since 1994 including as an instructor and test pilot.

Yuri Gagarin and America’s original Mercury contingent were elite military flyers. Neil Armstrong was among the first to fight in jets, in Korea, before tackling the Bell X-15. This month, NASA put out a fresh call for applications from aspiring astronauts, specifying that “candidates... must have at least three years of related, progressively responsible professional experience, or at least 1,000h of pilot-in-command time in jet aircraft”.

But is this emphasis on pilots really necessary? Rockets and aircraft are very different beasts, and the space station doesn’t have a cockpit as such. True, says Peake, who describes his route to the astronaut corps as “traditional” and emphasises that among his colleagues are many scientists and engineers with very different career paths.

Speaking to the press at London’s Science Museum on 6 November before heading to Kazakhstan and final preparations for his six-month “Principia” mission, Peake says pilot skills, though, still underpin much of an astronaut’s work. Pilots, he says, are long on valuable skills in operational environments, crew working, co-ordinating multiple tasks and communications.

Also, work in space calls on the skills that come naturally to pilots when it involves operating complex equipment, such as the ISS’s robotic arm, or the often-experimental equipment that is evaluated in space.

In any case, he notes, the next generation of US spacecraft – the Boeing CST-100 and SpaceX Dragon capsules being developed for flight from 2017 as part of NASA’s Commercial Crew programme – will need pilots at the controls.

Fit, charming, outgoing and graciously fielding any pre-launch question pitched at him by an eager UK press corps, Peake looks every inch the astronaut. But however deeply he may be infused with the “Right Stuff”, he is very clear about one thing. The ISS is, above all, a laboratory uniquely placed to carry out medical, physical and chemical science experiments that can only be conducted in the unique environment that is microgravity.

Indeed, Peake’s mission has been named “Principia”, as in Isaac Newton's “Philosophiæ Naturalis Principia Mathematica”; the mission logo features a falling apple and rising rocket. In the UK, the mission is, as universities and science minister Jo Johnson told the Science Museum crowd, the country’s “moonshot moment” for turning on young people to the so-called STEM subjects: science, technology, engineering, mathematics. Linked to Peake’s mission, the government is spending £1.5 million ($2.3 million) to push that message to every school in the land, with the help of 1,000 “science ambassadors” and projects tied to Principia.

Peake himself also took the opportunity to announce that he has become an ambassador for the Prince's Trust, the charity started by Prince Charles to bring opportunity to disadvantaged young people. Peake readily admits that he is where he is because of many advantages – much skill, hard work and a huge dollop of good luck along the way. As a legacy he wants to help every young person in Britain enjoy the same.

Flying, then, is a useful if not indispensable skill. But today’s astronaut, it seems, is first and foremost a scientist and a communicator. 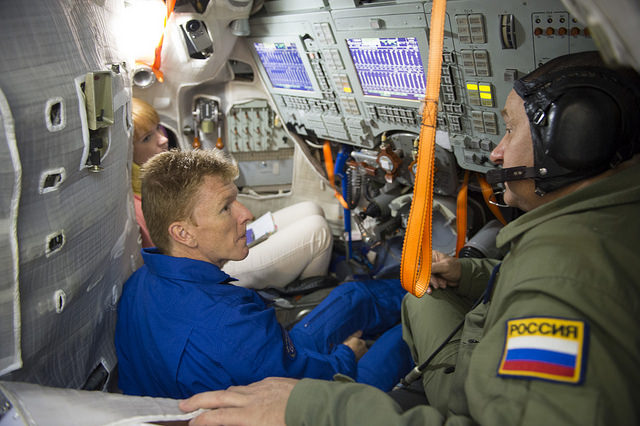