Virgin Orbit is but a step away from a live launch to orbit, having completed a successful drop-test from its 747-400 carrier vehicle. 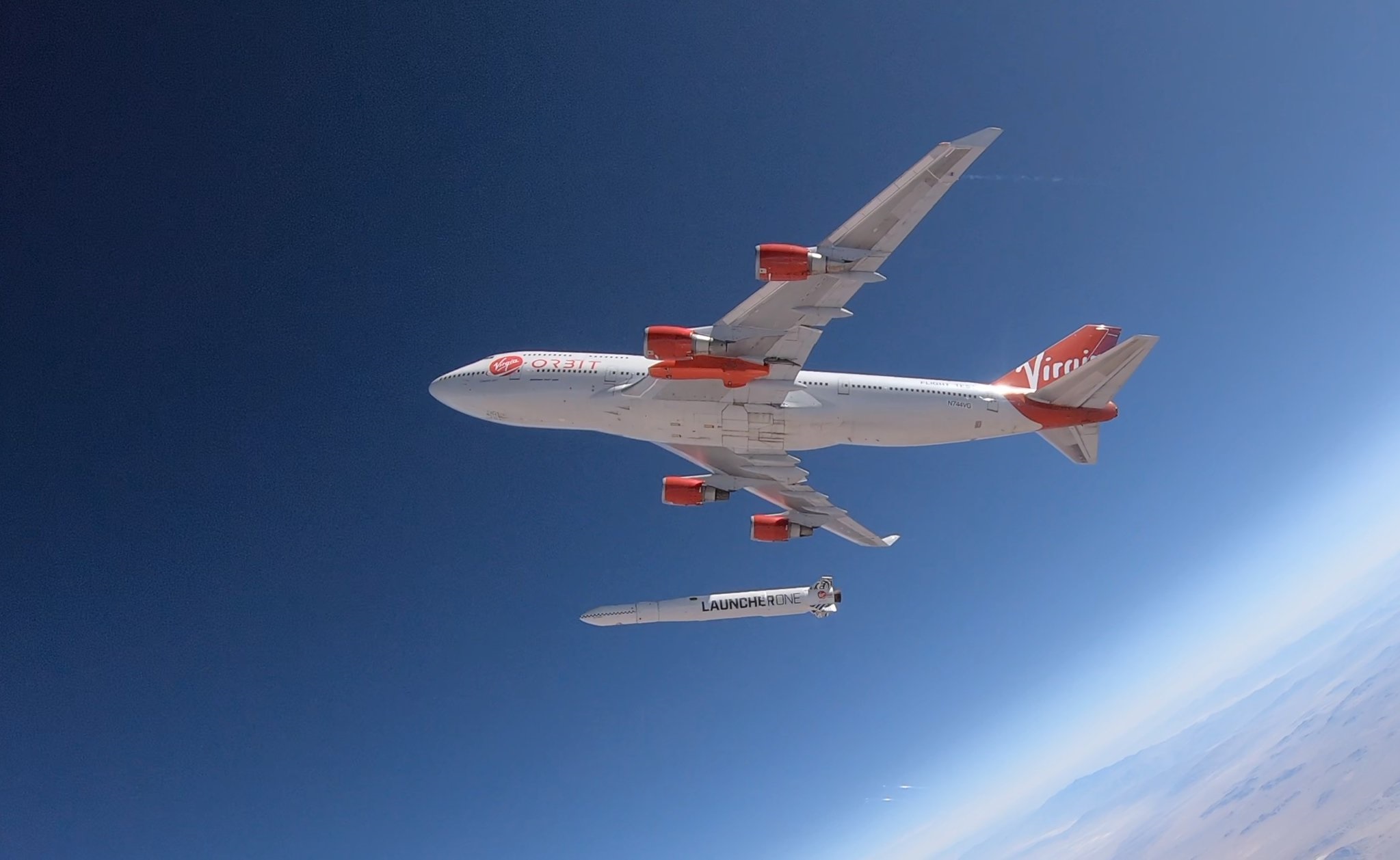 Ensuring that rocket and aircraft separate cleanly in the critical few seconds after release was the primary purpose of the exercise, along with observing the rocket’s freefall. The test followed captive carry tests in December, and included all aspects of flight except actual rocket ignition.

The two-stage liquid oxygen-kerosene LauncherOne, built by Virgin Orbit at its Long Beach, California factory, is carried from take-off under the left wing and released from a steep climb; the 747’s original-equipment fifth-engine carry point has been modified to handle the 70ft (21m)-long rocket. In an actual launch – expected later this year – fuel tanks will be pressurised after release.

LauncherOne is designed to put payloads of up to around 400kg (880lb) in to low-Earth orbit – initial customers include telecommunications start-up OneWeb, for whom Airbus is building hundreds of 150kg units.

Air launch, which dates to the 1950s and the USAF’s X-15 programme, cannot match fixed-position flights for payload but offers speed, flexibility and portability. In addition to Mojave, Virgin Orbit is signed to fly from Cornwall in the UK, Japan and the Pacific island of Guam.

Virgin Galactic, which has yet to fly a paying passenger, is moving from Mojave to dedicated premises at Spaceport America in New Mexico.