Air launch company Virgin Orbit will partner with the UK Royal Air Force (RAF) to demonstrate the ability to launch small satellites on short notice with a custom Boeing 747-400.

The UK government will contract with the Richard Branson-founded company through a programme called Artemis, which already has $33.6 million in government funding.

The so-called Team Artemis, which will also include UK and US defence and industry personnel, will build small satellites that Virgin Orbit aims to launch beginning in 2020. The project envisions developing a means to launch satellites with only one week notice.

“These small, low-orbiting satellites can be sent into space more cost-effectively than their predecessors and can be replaced far more quickly,” Mordaunt says in an online statement. “The programme may eventually see live high-resolution video beamed directly into the cockpit of the RAF’s fighter jet fleet, providing pilots with unprecedented levels of battle awareness.”

Mordaunt says the RAF intends to send a test pilot to provide operational insight to Virgin Orbit and possibly be part of a flight crew for Virgin Orbit missions. NASA also uses the name Artemis for its programme to return humans to the moon by 2024.

Virgin Orbit reached a milestone on 10 July when pilots flew modified 747 “Cosmic Girl” on a drop test from Mojave Air and Space Port to a drop zone 35,000ft above the Pacific Ocean.

The partners plan for the 747 to carry, on its wing, a two-stage, liquid oxygen-kerosene LauncherOne rocket with a satellite attached. The rocket will drop from the aircraft, ignite and propel the satellite into space.

The air-launch-to-orbit system will make it easier for businesses, governments and militaries to quickly launch satellites in emergencies, Virgin Orbit president Dan Hart says in a statement.

“We are hopeful that by demonstrating the capability to quickly and easily deploy and replace satellites in low Earth orbit we will be helping to remove the incentive for any nation to invest the money in harming another nation’s satellite,” Hart says.

Virgin Orbit will finalise assembly of its first orbital rocket before handing it to the company’s operations team for checkouts and rehearsals with the aim of making the first launch into space by the end of 2019.

Air launch began in the 1950s with the USAF’s X-15 programme and is an alternative to waiting for payload availability on fixed-position rockets. Virgin Orbit has already contracted services for civilian clients, including satellite broadband provider OneWeb. 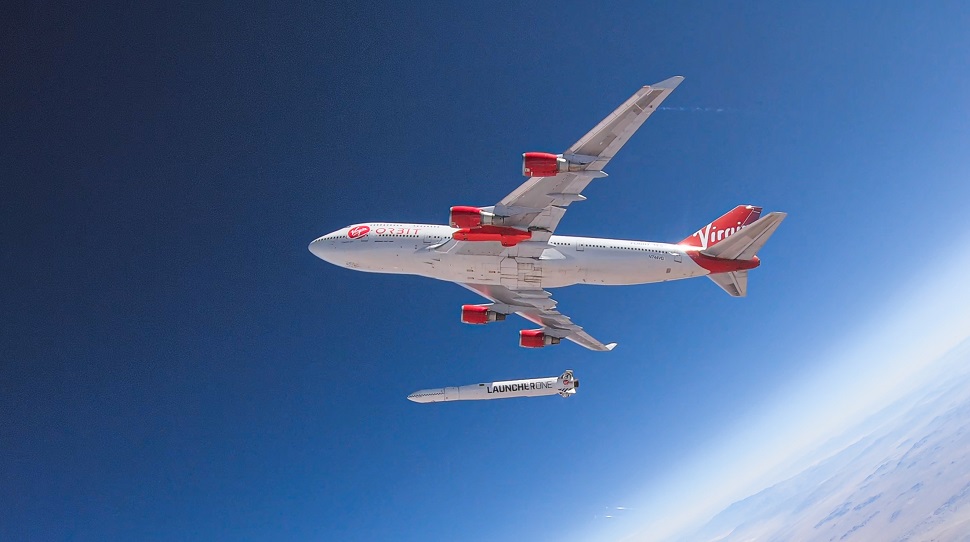