What the new Neil Armstrong film can teach us about history

As detailed in a new documentary film, the life of Neil Armstrong chronicles a recent century which, today, feels dizzyingly long ago.

History is a fickle judge of character; fashion, circumstances and fortune put individuals on the stage only to elevate or denigrate them, often defying rational analysis but providing much grist to historians' mills.

This is not the place to reconsider Ronald Reagan, except to suggest that the venerated-but-controversial president should at least be well regarded for his people management skills. One notable example of his instinct for filling key vacancies and giving his appointees the freedom and authority get on with the job was his decision, in the immediate wake of the 1986 Challenger disaster, to call on Neil Armstrong to lead the enquiry. 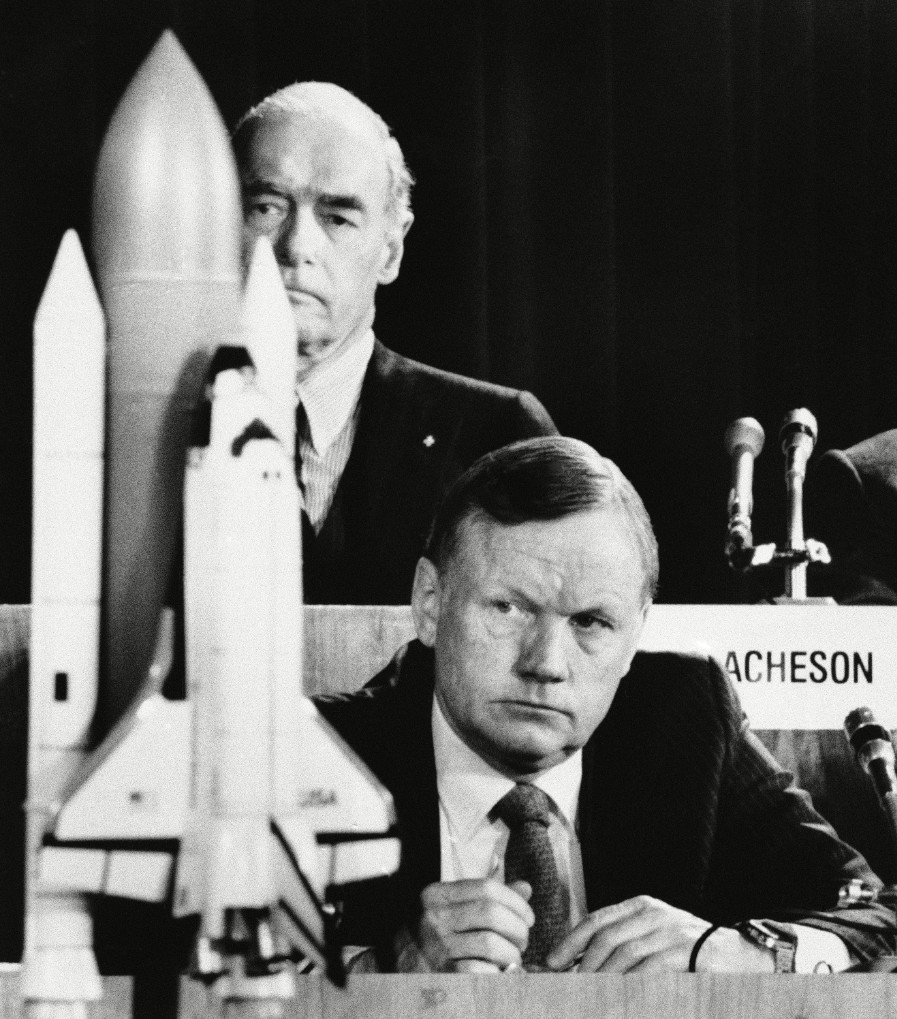 The Apollo 11 hero, as is well illustrated in a new documentary film of his life, was made for the task. Not only did he bring to a politically and emotionally charged role the natural authority that came with being an icon of the 20th century, his instincts were to deal, coldly and thoroughly, with facts. He also understood better than anyone the pitfalls of pioneering spaceflight.

But the secret ingredient, flagged up by Altitude Films’ Armstrong, which opens in the UK and Ireland on 12 July, was two critical strengths. He was possibly the greatest “stick and rudder” pilot ever, and he had the intellectual ability and curiosity to manage the increasingly complicated physical information system that, even in the 1960s, is the modern aircraft or spacecraft.

Challenger, though, may have come for him personally at just the wrong time. By nature one to put everything and a bit more into the job at hand, Armstrong set off for the Moon leaving behind a family under the strain of his physical and emotional absence. The global mega-celebrity thrust upon him by Apollo 11 turned up that pressure dramatically. He chose, ultimately, to retreat to a quiet life as a college professor of aeronautics. But doing the Challenger job – and doing it very well – brought to an end that relatively normal life.

Whether his marriage to Janet Shearon – who speaks extensively in the film, as do their two surviving children – would have survived had Armstrong not been called back to service by Reagan is a fool's speculation. But the Challenger chapter was certainly a hard blow, and well covered by a film that struggled with the simple fact that, for the most part, Neil Armstrong’s life story is so well known as to be, as he perhaps knew better than any of us, overexposed.

Armstrong, who passed away in 2012, does not speak directly through the film and may have declined to were he alive. But director David Fairhead makes masterful use of a wealth of original material. Excerpts from his notes and diaries are read by Harrison Ford. And many minutes of 8mm home movie footage from the 1950s and 1960s bring to life both the man and what is perhaps, from our digital-age perspective, the really remarkable aspect of the Apollo story. As those grainy home movies remind us, Armstrong was born during the Great Depression on a farm in Ohio and went on to lead what many still consider to be the defining achievement of the high-technology era.

That trajectory of development – historians and philosophers may argue over the word "progress" – was at least in retrospect as dizzying as, say, the out-of-control spin that ended Armstrong's Apollo-precursor Gemini 8 mission and nearly ended his story abruptly in 1966. If history wants to judge Neil Armstrong’s character, let it say that he was the right man at the right time who did all that was expected of him, and a bit more, thereby to become an icon of modern times.

But true icons, of course, are enigmas – a little bit real but, mostly, products of our imaginations. And that, probably, is as much as there is to say about the first man on the Moon.