Air Italy plans to announce at least two additional North American destinations for the summer of 2020, as the airline expands transatlantic service despite opposition from US legacy carriers.

He declines to specify the new destinations pending agreements with airport operators, but says one of the two will likely be seasonal. In addition, Air Italy sees potential for one of its two Californian destinations – Los Angeles and San Francisco – to convert to year-round service in 2020, says Dimitrov. 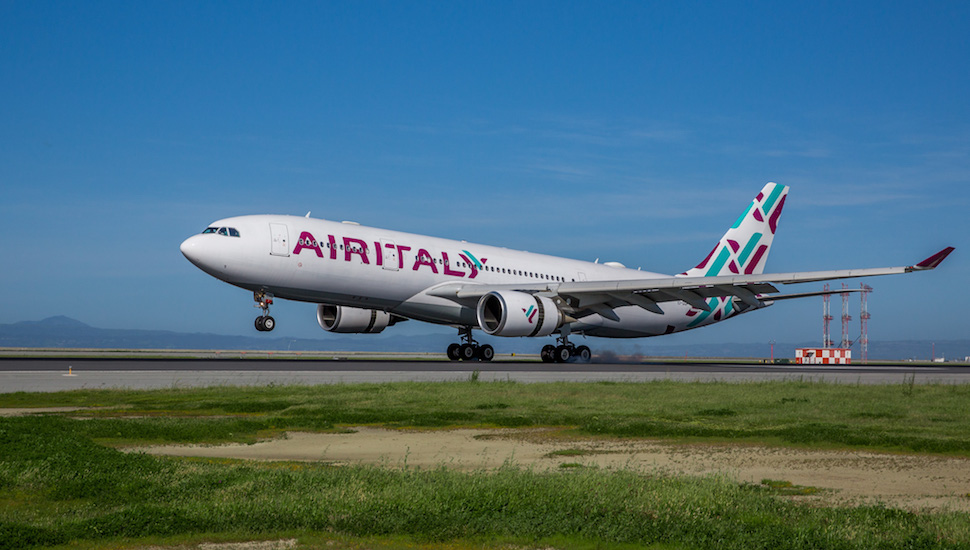 The Italian carrier recently added seasonal service to Toronto from Milan Malpensa, after launching seasonal flights from Milan to both Los Angeles and San Francisco. It plans to suspend US seasonal flights later this year in favour of destinations like the Maldives, Mombasa, Tenerife and Zanzibar. Air Italy serves Miami and New York John F Kennedy year-round.

Its expansion across the Atlantic is unfolding as Air Italy becomes the focus of a years-long campaign backed by three US mainline carriers, which allege that Air Italy's 49% shareholder Qatar Airways is using the smaller carrier as a proxy to expand into the USA.

The US airlines – American Airlines, Delta Air Lines and United Airlines – are backed by their unions in the lobbying coalition, called The Partnership for Open and Fair Skies.

Dimitrov, who dismisses the allegations as "baseless", says the campaign by the US carriers will have no impact on how Air Italy expands its North American network.

"Why should it? We are a European airline which is completely compliant with regulations," says Dimitrov.

Despite Qatar Airways' stake in Air Italy, the Italian carrier does not codeshare with the Doha-based carrier on its routes to the USA from Milan, points out Dimitrov.

"It has always been the case," he says. "Let them [the US carriers] prove we've done it."

Air Italy does not carry Qatar Airways' code on any flights, Cirium schedules data show. The Gulf airline carries Air Italy's code on routes between Doha and four Italian destinations, according to schedules.

The campaign by the three US legacy carriers has made it difficult for any potential partnerships, as Air Italy seeks its first interline and codeshare deals across the Atlantic.

"We will be happy to work with American, Delta and United, I have all respect for them. Instead of us fighting, we could work together," says Dimitrov.

The Italian carrier, in the meantime, is in talks with other potential US partners.

"In terms of the interline, we might be able to announce something this year as long as the work gets completed," he says. An interline agreement will be the first step towards forming a codeshare partnership, he adds, saying Air Italy could potentially partner more than one US carrier.

Given the dominance of the US legacy carriers, Air Italy will not have many other US airlines to choose from if it wants a codeshare partnership with substantial coverage from its year-round US destinations of Miami and New York JFK.

At JFK, JetBlue Airways is likely the best option. New York-based JetBlue, which has partnerships with several foreign carriers, is the second largest airline at the airport after Delta.

American operates more than half of the capacity out of Miami, Cirium schedules data show. Aside from the US legacy carriers, only Frontier Airlines operates US domestic service from Miami.