Regular readers of my Airline Business column will recall that we often refer to the fact that the reported financial outcome of any business is the result of large numbers generally moving in different directions.

We have also always emphasised not only that “cash is king”, but that in terms of financial performance, it should be seen as the key measure.

At the time of writing, we are part way through the fourth-quarter 2020 results season. As ever, it may be of tangential interest to have a view of what is going on at an industry level, but it is the performance and outlook at a company level that matters to investors and lenders.

While the US majors have made significant progress on reducing their daily cash burn, the magnitude of the figures still focuses the mind. American’s management reported a reduction in its cash burn from $44 million a day in the third quarter of 2020 to $30 million a day in the fourth quarter, with an expectation that this will be the ongoing rate in the first quarter of 2021.

Between the third quarter and the fourth, Delta reduced its daily cash burn from $24 million to $12 million, and management is expecting the rate to be between $10 million and $15 million a day in the first quarter of 2021.

United’s management has shown its “all up” cash burn rate, as well as adjusting for debt repayment and severance payments. Using the reported figure, fourth-quarter cash burn was $33 million a day, compared with $25 million in the third quarter.

The other key message from the airline groups was about liquidity: at the end of 2020, Delta had $16.7 billion and United had $19.7 billion, while American’s management was forecasting some $15 billion at the end of the first quarter of 2021.

Of course, it would be possible to reduce the cash burn figures further, but this would compromise the speed of being able to respond to the emergence of the normal operating environment that we, and an increasing number of airline managements, expect to become evident across a number of markets and segments as we move into the Northern Hemisphere summer. 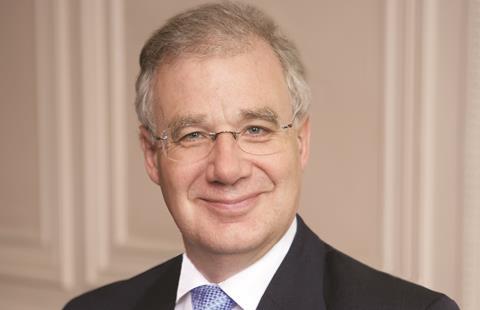 Indeed, Delta’s management talks about a “point of inflection in the Spring”, which is inherently logical given its market focus. Furthermore, the return of passenger confidence and a willingness to take a longer-term view will have a positive benefit on cash in advance of carriage, which for most of the last year has been conspicuous by its absence.

Again, we need to be careful about generalisations, as in some domestic markets we have already seen a significant recovery in traffic towards pre-coronavirus levels.

At the same time, there should be little doubt that long-haul international traffic will take a significant period to recover to pre-coronavirus levels.

In the case of the US majors, where the domestic market accounts for some 75% of passenger revenues, they are by definition less exposed to the vagaries of Covid-19 infection rates and the decisions made by individual governments in respect of international travel. Almost by definition this reduces the number of “moving parts” that need to be taken into account when taking a view on how the business is likely to recover, how quickly and with what financial consequences.

Our view remains that it will be domestic and short-haul leisure, including visiting friends and relatives traffic, that will recover rapidly in the first instance. For many managements in other regions there is a need to be realistic about the speed at which markets will recover, the extent to which the changes are more structural rather than “event determined” and the consequent impacts not only on their networks but also future capacity.

The most recent trading statement from Rolls-Royce reflects at least to some extent a “rendezvous with reality” where it now expects widebody flying hours to be some 55% of 2019’s levels rather than an earlier expectation of 70%, but where we consider there is still downside risk to this lower figure.

While it has always been our view that for the whole aviation system to function, airlines need to make money, there is also a need to look at what the outlook is across the rest of the industry.

There should be no doubt that the industry will recover and then grow again, but the actual pace and spread of the recovery will be patchy. There should also be little doubt that for investors there are already potentially significant opportunities. Selectivity and timing will be even more important against a background where the second phase of the shakeout has yet to run its course.