American Airlines has removed the Boeing 737 Max from its schedules through April, prompting the cancellation of thousands of flights.

The Fort Worth, Texas-based carrier has pre-emptively cancelled roughly 90 flights a day through 24 April, totalling at least 2,700 flights, as a result of the grounding, it said on 24 March. 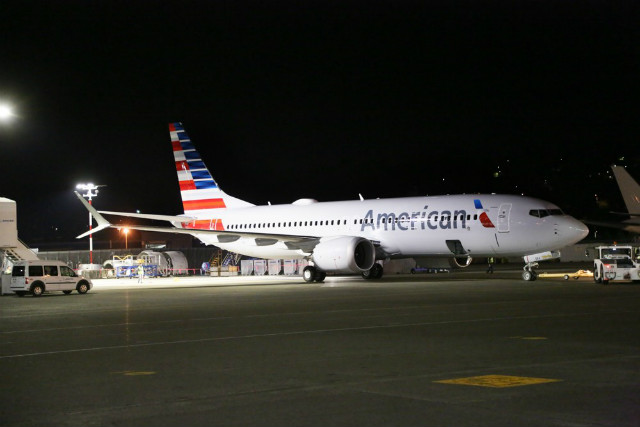 The US Federal Aviation Administration grounded the 737 Max on 13 March, following two fatal crashes of models operated by Ethiopian Airlines and Lion Air within five months of each other.

American operates 24 737-8s and is scheduled to take delivery of another 16 aircraft this year.

The US carrier's decision to only remove the 737 Max from schedules through April is more optimistic than other airlines. Air Canada, which also operates 24 737-8s, has removed the type from its schedules through 1 July.

While the FAA has not said what changes to the aircraft are needed for it to allow the Max to return to the skies, Boeing plans to release a software update developed after the Lion Air crash last October in the coming weeks. The update is expected to address issues with the Manoeuvring Characteristics Augmentation System (MCAS) that played a role in the 2018 crash.

American says it cannot forecast the "financial costs of this disruption", noting that the impact will reflect both the full duration of the grounding and any additional costs related to the reintroduction of the 737 Max.

Based on just the number of flight cancellations, the cost could be minimal. The carrier lost roughly $75 million in pre-tax earnings when it cancelled roughly 8,000 flights for hurricanes in the third quarter of 2017 – a number nearly three-times higher than the initial 737 Max cancellation forecast.

In addition, American notes that the pre-emptive cancellation of its 737-8 flights through 24 April will allow it to better re-accommodate passengers on other flights, reducing the potential financial impact.

United Airlines, which operates 14 737 Max 9s, said on 18 March that it does not expect a significant short-term financial or operational impact from the grounding. However, that impact could increase if the suspension extends into the busy summer travel period.

American concentrates its 737-8 fleet in Miami, with 49% of all seats on the type operating from the airport in March, Cirium schedule data shows. The type serves 21 destinations, including Boston, New York LaGuardia and San Jose in Costa Rica from Miami.

Southwest Airlines is the largest US operator of the Max with 34 737-8s in its fleet.