Brazilian carrier Azul is in "very tough" discussions with Airbus over when it will take its first A330-900, as customers face nearly year-long delays for the re-engined widebody.

"We're having very tough discussions with Airbus on when," Priscilla Branco, head of aircraft programmes at the Viracopos-based carrier, tells FlightGlobal at the ISTAT Latin America forum in Lima today.

Azul is scheduled to take its first three A330-900s next year, later than the initial late-2018 target, its latest fleet plan shows. However, Branco is not certain those deliveries will occur as planned, suggesting they may shift into 2020.

"Ask Airbus," she says on when next year the airline's first A330neo could arrive.

"It's up to our customers to reveal the delivery date," says Arturo Barreira, president for Latin America and the Caribbean at Airbus, in response to Azul's comments.

The first A330-900 delivery to TAP Portugal, the launch operator, was scheduled for the end of 2017 but has yet to occur. On 6 November, Airbus executives said the aircraft would be handed over in the "coming days", something TAP is still waiting on. 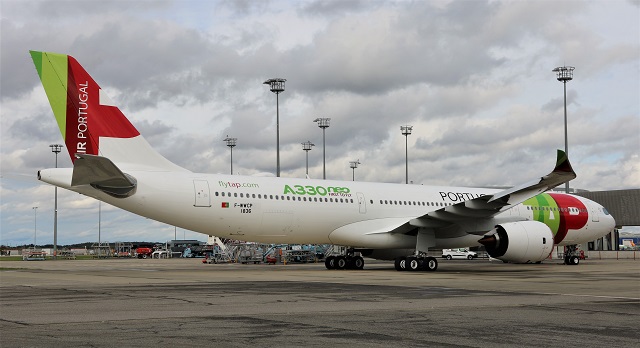 Hold ups with the Rolls-Royce Trent 7000 engines and flight-test programme have driven the delays.

The A330-900 only received its 180min extended twin-engine operations (ETOPS) approval, a necessary step for the aircraft to operate long-haul flights over water, on 9 November, says Branco.

Airbus, however, was not immediately able to confirm that the A330-900 had received ETOPS certification.

Azul and TAP are not the only carriers facing late A330neos. Delta Air Lines, which ordered 25 A330-900s in late 2014, has pushed its first deliveries back a year to 2020, its fleet plan from last December shows.

The Atlanta-based carrier's plan contradicts what A330neo chief engineer François Kubica told reporters earlier this month, when he said Delta would take "their first aircraft in April next year". Certification from the US Federal Aviation Administration is expected by year-end.

Delta declines to comment on the timing of its A330-900 deliveries.

Both Avolon, from which Azul is leasing its five A330neos, and Delta placed orders for the aircraft in 2014.

The A330neo is not the only Airbus programme facing delays. Deliveries of the European airframer's re-engined A320neo family have also been pushed back due to supply chain and engine issues.

The narrowbody programme delays are understood to be improving. Air Lease chief executive John Plueger, a frequent critic of the airframer's handling of the situation, said on 8 November that they "feel confident that Airbus is getting a handle on their industrial situation".

Azul chief executive John Rodgerson echoes Branco's concerns in his own comments at ISTAT: "We're very excited about pushing Mr [John] Slattery to get his aircraft done sooner so we don't run into the same problems we have with our friends in Toulouse."

Slattery is president and chief executive of Embraer Commercial Aircraft, which is due to deliver its first E195-E2 to Azul in 2019, with the airline expecting up to eight of those aircraft during the year.